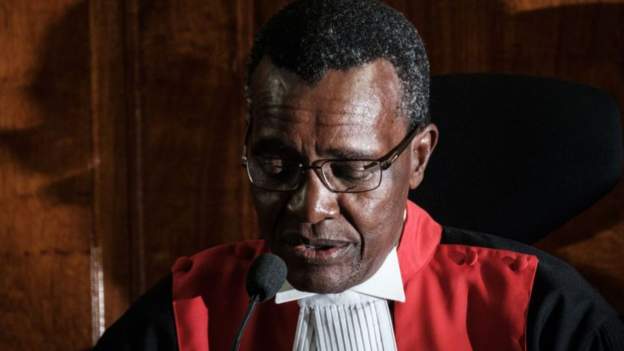 Kenya’s Chief Justice has asked President Uhuru Kenyatta to respect the rule of law and swear-in 41 judges proposed to him by a commission without further delay.

Chief Justice David Maraga told a media briefing on Monday that efforts to get an audience with the president over the matter had failed.

“A shortage of judges and near paralysis of court operations has been caused by the President’s refusal to swear-in the judges,” he said.

The judges were nominated last year by the Judicial Service Commission and their names were forwarded to the president for swearing-in.

But President Kenyatta in February wrote to the commission saying he could not swear-in the judges as some of them have integrity issues.

Two court have since declared the president’s decision as unconstitutional. They ruled that the president had no powers to question or reject names recommended by the commission.

“The president’s disregard of court orders does not bode well for our constitutional democracy and is, potentially, a recipe for anarchy,” Justice Maraga said.