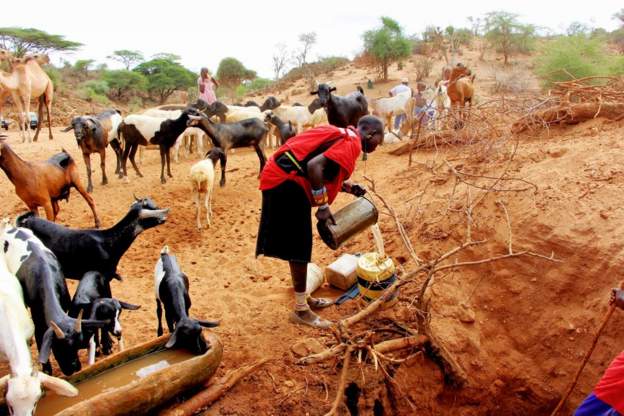 Kenya ministers to forgo a month’s pay in drought aid

Kenyan ministers will forgo their salaries for one month in solidarity with people who have been affected by the ongoing drought in parts of the country.

A statement from the presidency said the cabinet agreed that the funds collected from all members of the cabinet would contribute to the state interventions to support the affected Kenyans.

It also noted the “unacceptably high” prices of the staple food maize, and pledged market support for farmers who were harvesting their crop.

A minister had earlier indicated that the country would be importing millions of tonnes of maize, but the cabinet noted that this would now be done in February in order to give the farmers a priority to sell their produce to the market.

Millions of Kenyans are currently facing hunger amid the ongoing drought and are in dire need of food aid.

Last week, the government announced a funds drive for Kenyans to donate to victims of the drought including through a mobile money platform.