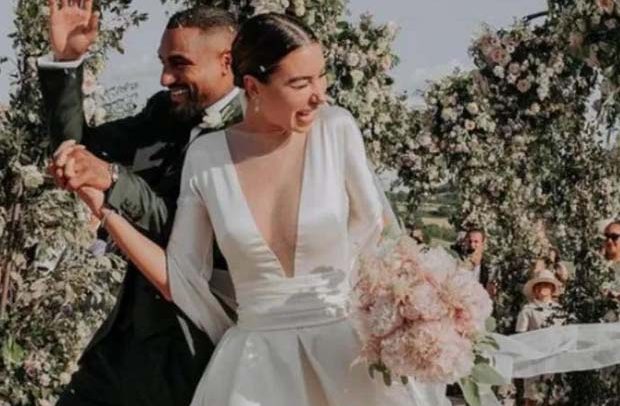 Ghana international Kevin-Prince Boateng has become the first player to marry in the metaverse.

The metaverse is a virtual reality, where friends and family get to take part in a ceremony in an online form.

The 35-year-old married his girlfriend Valentina Fradegrada on Saturday in Siena, Italy at a lovely ceremony.

Boateng and Valentina have been dating since he divorced ex-wife Melissa Satta.

The pair took marriage to a whole new level with invitations given via NFTs, which cost 50 Euros each.

The Ghana international and his girlfriend have shared romantic moments together since they started dating and crowned their relationship with a lovely marriage ceremony over the weekend.

Friends and family took part in the event through the metaverse.

The 35-year-old is yet to extend his stay with the capital-based club with new manager interested in engaging the experienced player before an agreement is reached.