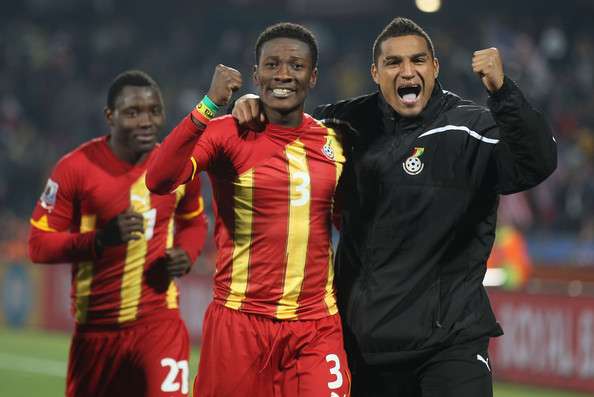 Boateng was first called up in June 2010 by then-Ghana head coach, Milovan Rajevac and went on to make 15 appearances for the national team, including at the 2010 World Cup in South Africa.

Gyan described his first meeting with Boateng, who revealed that he was at the stadium during the 2006 World Cup in Germany to watch the Black Stars play.

He stated that although Boateng was not initially in the coach’s plans for the World Cup, the effort and work he put in impressed Rajevac so much that he ended up starting all of Ghana’s matches at the tournament in South Africa. 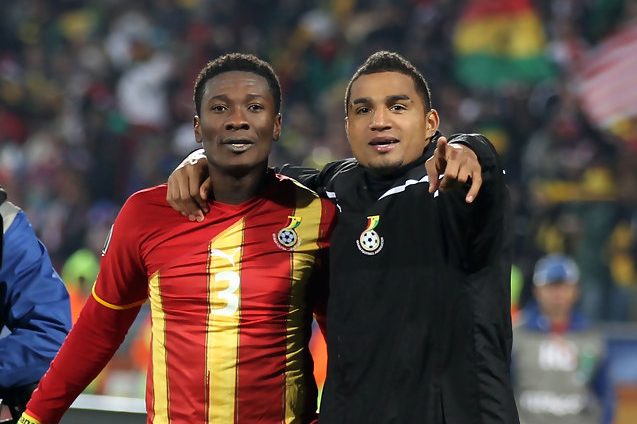 “Kevin Prince Boateng is a good guy. The first time he came in he told me how much he loved Ghana and that he was in the stadium to watch us in 2006,” Gyan said on Asaase FM

“Kevin Prince Boateng came and showed what he could do. Those are the kinds of players I’d like to acknowledge. He was not in the plans of the coach, he had to fight his way in.”

With Ghana having secured a place in Qatar, speculation has grown that a number of players, including Callum Hudson-Odoi, Eddie Nketiah and Mohammed Salisu could be drafted into the team for the tournament in November.

Gyan asked for players to be treated fairly and for any new player to be made to prove themselves before being selected.

Asamoah used the story of his brother as a case in point, speaking of how Baffour Gyan gave up on football after he was put on standby in 2006 despite playing most of the qualifiers for the Black Stars.

Asamoah added that Baffour lost all interest in football after that, unless his brother was involved.

“It happened to my brother. In 2006, he played 90% of the qualifiers and then they brought strikers who had never tasted one game. He was on standby. That was when my brother gave up on football. He doesn’t follow football, he doesn’t watch it, he doesn’t like it, he’s purely a businessman. Sometimes people have to be treated fairly,” Asamoah Gyan said.

“No player would like to be [left out] especially having played all the games. When these players come, they don’t even play one game. They just sit on the bench, get their bonuses and go, they don’t compete. If they bring these players, they have to show us something, they have to prove to people that they deserve to get into the team, that’s all aI want. We all want the national team to be better.”