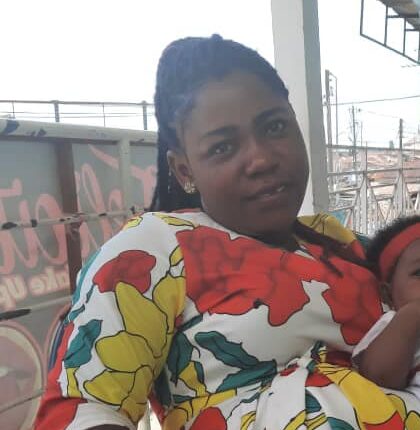 The story of Josephine Mensah, a 28-year-old missing but found pregnant woman in Takoradi, has taken a different twist as police suspect a conspiracy.

“Investigations also suggest that the suspect may have conspired with other persons over her possible planned disappearance,” a statement from the police read.

Ms. Mensah, who was said to have been nursing a near-term pregnancy, was reported missing after going for a routine dawn walk on Thursday, September 16, 2021, in Takoradi.

“Information available to me from national security and doctors indicates that the ’missing but found woman’ was never pregnant and there was no mark of assault too on her,” he said

According to him, the National Investigations Bureau (NIB) indicates that the story of kidnapping is fake.

Josephine before her abduction.

He insists the dirtied appearance of the woman when she was found might have been as a result of spending days in her hideout.

“I have asked the police to investigate Josephine and her husband since I suspect the whole episode could be a hoax”, the minister said in an earlier interview with Kofi TV.

The police has corroborated with the regional minister’s claims.

“The police is heavily relying on medical experts who have examined her. Their findings are that Josephine Mensah was never pregnant within the period under review following thorough medical examination by the medical doctors at the Axim Government Hospital” part of the statement read.

It has, therefore, arrested three suspects for questioning.

“Three suspects have so far been arrested for further questioning on possible conspiracy charges,” the statement read.

Refuting the claims by the Regional Minister, Michael Simmons, husband of the victim, insists his wife was pregnant prior to her abduction.

“My wife was nine months pregnant, and so she moved in with her mum because her delivery date was due prior to the kidnapping incident. I am very worried about the rumours making rounds and I want to halt the interview to process my thoughts,” he Accra-based Citi FM.

According to him, a simple check at the Takoradi Government Hospital, where Josephine attended an antenatal clinic, would reveal that his wife was pregnant prior to her abduction.

The family of the victim is also demanding the transfer of their daughter from Axim Government Hospital.