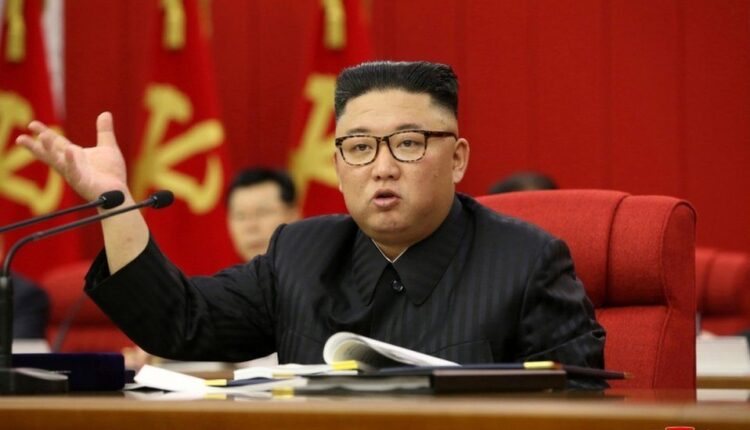 He said the agricultural sector had failed to meet its grain targets due to typhoons last year, which caused flooding.

There are reports that food prices have spiked, with NK News reporting that a kilogram of bananas costs $45 (£32).

North Korea has closed its borders to contain the spread of Covid-19.

Trade with China has plummeted as a result. North Korea relies on China for food, fertiliser and fuel.

North Korea is also struggling under international sanctions, imposed because of its nuclear programmes.

The authoritarian leader of the single-party state talked about the food situation at the ruling Workers’ Party central committee which started this week in the capital Pyongyang.

During the meeting, Mr Kim said that national industrial output had grown by a quarter compared to the same period last year.

Officials were expected to discuss relations with the US and South Korea during the event but no details have been released yet.

In April, Mr Kim made a a rare admission of looming hardship, calling on officials to “wage another, more difficult ‘Arduous March’ in order to relieve our people of the difficulty, even a little”.

The Arduous March is a term used by North Korea officials to refer to the country’s struggle during the 1990s famine, when the fall of the Soviet Union left North Korea without crucial aid.

The total number of North Koreans who starved to death at the time is not known, but estimates range up to three million.