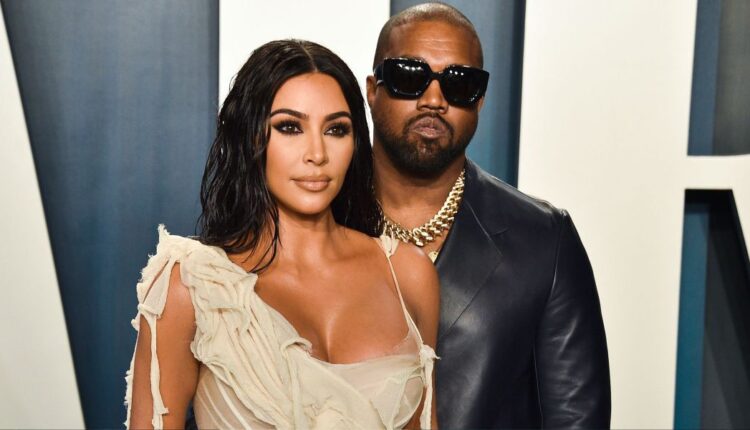 Kanye West and Kim Kardashian’s divorce continues to play out in public.

In a new interview, Ye claims that security at Kim’s house prevented him from seeing his kids during a recent visit.

“Earlier this week, Monday, when I went to go pick my kids up from school, the security stopped me at the gate. So at that point, security was in between me and my children and that’s what was not going to happen,” West told Hollywood Unlocked (via ET).

Ye claimed he was stopped by security because Kim’s new boyfriend, Pete Davidson, was inside the house. “And I am hearing that the new boyfriend is actually in the house that I can’t even go to. And that’s where I call my cousins. And my cousins is real opinionated, you know that. And I said, ‘I need you to go and say these two things.’ Security ain’t going to be in between me and my children, and my children ain’t going to be on TikTok without my permission.”

However, Page Six reports that Kim is “fuming” over Ye’s claims that she prevented him from entering her home because Pete Davidson was over.

“Pete has yet to be introduced to Kim’s kids, and it’s widely known that whenever he visits her in LA, he stays at a hotel in Beverly Hills where she’s been spotted with him,” says a source.

According to TMZ, Kim was not even home, nor was Pete, when Ye showed up at the house.

Kim has been trying to set boundaries with Ye and wants to create a more structured system that would involve him calling ahead and scheduling things instead of showing up unannounced. She is also upset that he continues to publicly air out their family issues.

“She wants all matters regarding kids private, and is so upset Kanye had done interviews, discussing these private matters,” says a source. “She has always protected the kids and kept things quiet – and always protected him.”

Kanye addresses his divorce from Kim on his new collaboration with The Game, “Eazy.” “Ni**a, we havin’ the best divorce ever / If we go to court, we’ll go to court together / Matter of fact, pick up your sis, we’ll go to Kourt’s together,” he raps.

The verse also includes a threat aimed at Kim’s new boyfriend. “God saved me from that crash / Just so I can beat Pete Davidson’s ass.”