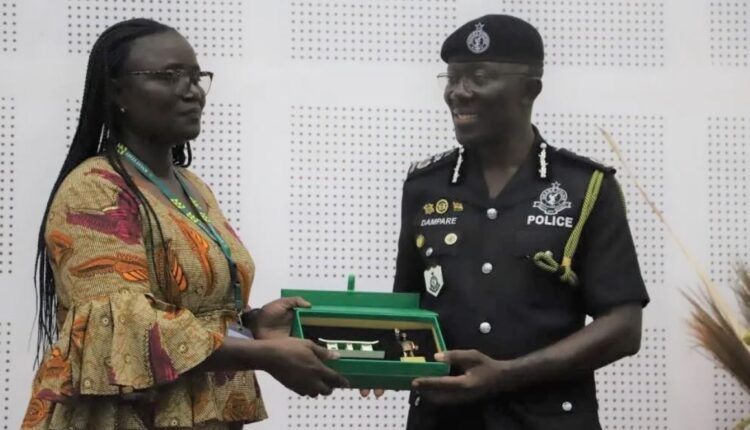 Dr. George Akuffo Dampare, the Inspector-General of Police (IGP), has said the time has come for the Kwame Nkrumah University of Science and Technology (KNUST) to introduce a mandatory course on security awareness.

The initiative, according to him, was a necessity to whip up the security mindset of the people, especially students within the University community.

He said, the complexities of contemporary crimes called for such a programme in order to imbue in the people the requisite knowledge they needed to respond to the changing times.

Delivering a paper at a public lecture, organised by the Public Lectures Committee of the University, in Kumasi, Dr Akuffo Dampare said new policing strategies that went beyond merely enforcing the law were required.

“The current Police Administration recognises the significant role that communities, groups, individuals and institutions such as the universities can play in helping deal with modern forms of crimes,” he observed.

Traditional policing methodologies, he said, had over the years been rendered largely ineffective, following the growing crime complexities with increasing calls for proactive, intelligence-led and citizen-led policing.

In his view, the universities constituted a key sector in educating the youth who are mostly found to be perpetrators of several criminal acts across the country, while also supporting the police with their store of knowledge through research that will inform policing decisions and programmes towards crime control.

The programme, held under the auspices of the KNUST Faculty of Social Sciences, was on the theme, “The Changing Face of Policing in Ghana: Expectations and the Role of the University Community”.

It discussed the traditional, colonial and post-independence era of policing in Ghana, taking into the consideration the historical journey, assessment, strategic options and expectations of the Police Administration.

He indicated that the current Police Administration was spearheading a leadership-driven command control to inject professionalism at all levels of the Ghana Police Service structure.

“The very underpinnings of police work are changing as a result of emerging crime types, cutting-edge technology and changing community interactions,” the IGP noted.

He charged the officers and men to uphold high integrity and discipline in the discharge of their duties in order to repose public confidence and trust in the police.

Policing, according to the IGP, was about sacrifices and service to the community, therefore, those who found themselves in the service were obliged to work hard.

He hinted of plans by the Police Administration to liaise with Ghanaian universities in setting up intelligence and patrol units to help deal swiftly with crimes on the various campuses.

Professor Rita Akosua Dickson, the Vice-Chancellor, KNUST, said the University recognised the police as a fundamental institution in enforcing law and order in the country.

Consequently, the academia would work with the police to augment research and capacity-building to bring improvement in policing, specifically the use of science and data in combating crime.