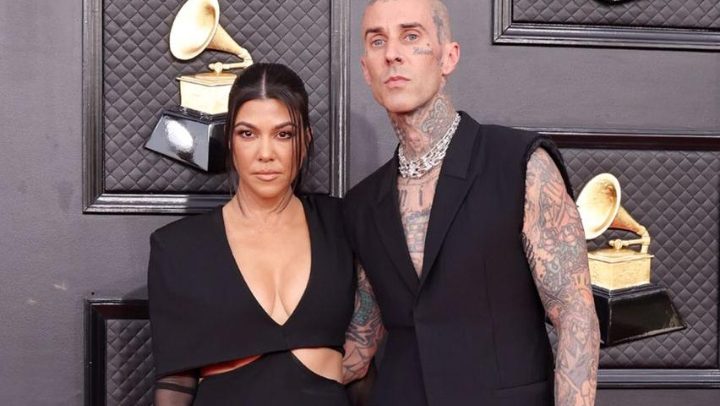 Kourtney Kardashian and Travis Barker have officially tied the knot. After stepping out hand-in-hand at the 2022 Grammys in Las Vegas, and sharing a steamy kiss, the couple wed at the One Love Wedding Chapel.

The private wedding took place at 1:45am on Monday, and Kardashian and Barker came dressed in the same clothes they wore to the awards ceremony.

“I didn’t know who it was until they pulled up. I advertise as 24-hours but they wanted to make sure I was still there. They paid and they requested Elvis Presley, which was mandatory. I called back 5 minutes later and was like, I got an Elvis, and there they were,” One Love Wedding Chapel owner Marty Frierson tells PEOPLE.

The ceremony lasted about 30 minutes, according to the owner.

“They came, got married, tossed the bouquet in the driveway, and danced to Elvis,” says Frierson. “They showed a lot of love and had a lot of fun.”

TMZ was the first to report the news.

Reps for the couple did not immediately respond to PEOPLE’s request for comment.

PEOPLE broke the news of Kardashian and Barker’s relationship in January 2021, confirming the pair had “been dating for about a month or two” and “they’ve been friends for a long time but it’s turned romantic.” After going Instagram official with a hand-holding pic in February of last year, the pair continued to show their love for one another across social media and on the red carpet.

Kardashian, 42, even helped encourage Barker, 46, to board an airplane for the first time since surviving a deadly crash in 2008.

Barker proposed to the Poosh founder in October 2021 with a massive oval-shaped diamond ring designed by jeweler Lorraine Schwartz. The proposal occurred in Montecito, Calif., at Rosewood Miramar Beach hotel, which an insider revealed is one of the couple’s “favorite” spots.

“The Rosewood is their favorite for short weekend getaways. They often stay at the hotel. This is why Travis proposed there,” the source said. “It’s a very special place to them, but it was also easier to keep everything a secret by proposing there.”.

The source noted the proposal came as “a complete surprise” for Kardashian, but the Blink-182 drummer “told her family that he planned to propose” and “everyone was great at keeping it secret.”

The couple has also been open about their desire to have children together. In a trailer for the upcoming The Kardashians series on Hulu, Kardashian revealed that they had begun their journey to expand their family.

“Travis and I want to have a baby,” said Kardashian before the couple is seen entering a doctor’s appointment.

Manuel Photography: Promoting Ghana’s arts and culture through the lens