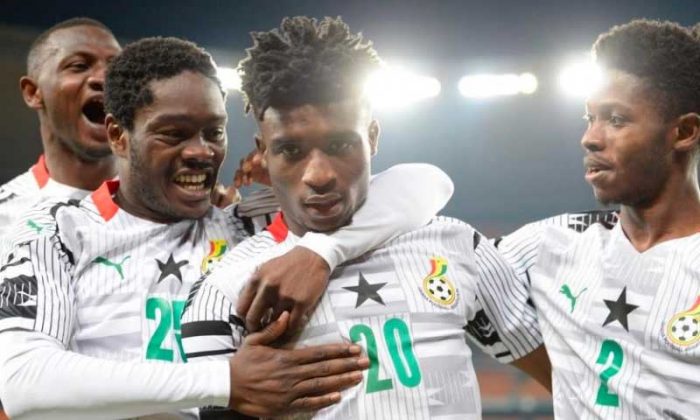 Kudus Mohammed ruled out until next year; Ghana sensation could miss AFCON

Ghana international Kudus Mohammed will be unavailable for action until next year due to the injury he sustained last week on international duty in the 2022 FIFA World Cup qualifiers against South Africa.

Ajax coach Erik ten Hag indicated in an interview after their Sunday’s 5-0 win over RKC Waalwijk in the Dutch Eredivisie that the 21-year-old will be missing the remainder of the matches for this year.

Mohammed limped off in Black Stars crucial 2022 FIFA World Cup qualifier against South Africa at the Cape Coast Stadium in an off-the-ball incident that saw him being replaced by Daniel Kofi Kyereh on the 12th minute.

According to Erik ten Hag, the former FC Nordsjaelland star has been diagnosed of ribs injury which will keep him in the treatment room until after the winter break.

This means the budding talented attacking midfielder will miss January’s Africa Cup of Nations (AFCON) in Cameroon and has to wait for the next two years for his AFCON debut.

Mohammed has been battling injuries since his arrival at the Ajax Amsterdam from FC Nordsjaelland last year.