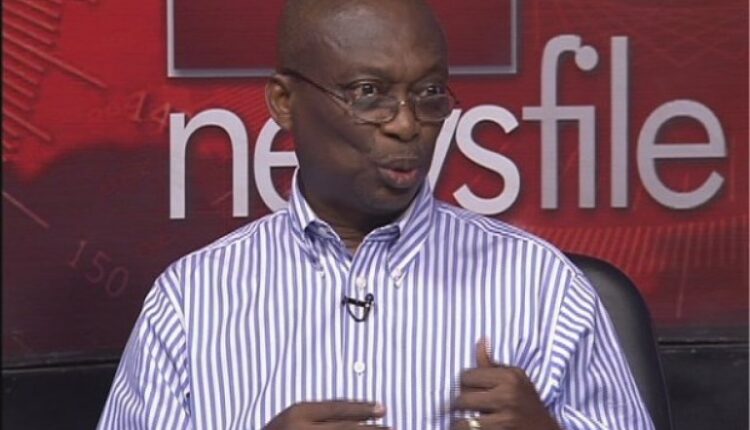 Kweku Baako explains why Parliament must re-examine approval of agreements

The Managing Editor of the New Crusading Guide, Kweku Baaako, says it is time for Parliament to reconsider rushing the passage of agreements without giving lawmakers adequate time to scruitinise the deals.

“From 1993 till today, our Parliament has always been challenged with this particular situation. Volumes and volumes of documents are brought to them and time is always a constraint. It is not new,” he said of the passage of the controversial Agyapa Royalties deal.

Parliament on August 14 passed the deal in which the government wants to shed 49% of its shares in Agyapa, for $1 billion from investors on the London and Ghana stock markets.

The Minority walked out, insisting the deal looked shady and they had very little time to put it under the microscope.  They warned that a future NDC administration would not honour the deal which the government wants to substitute loans for funds from the capital market.

The Majority approved the agreement to the outrage of civil society organisations.

But Mr Baako observed that it could have been handled better.

“It is a bad practice that has been going on for a long time. Indeed, they suspended the standing orders which required that they bring it 48 hours before [the day it was approved].”

“It is a culture now. It is almost a subculture now in our political dispensation,” he said of Ghana’s Fourth Republic Parliament that has seen the boycott of many such transanctions.

Mr Baako notes that it is ironical that members of Parliament who complained about such issues in opposition are okay with it when on the Majority side of the House.

He cites similar occurrence in the Mahama era when the agreement on the Kwame Nkrumah Circle and Kasoa interchanges were brought before Parliament.

“It is a very bad practice. But that is not an excuse for people to …suspicions and unfounded accusation,” he said.

He says the Attorney General’s objections to portions of the deal shows that there is no consolidated executive position to manipulate the deal in a certain way.

According to him, having read all the Attorney General’s advice to the government on the transaction, “It is difficult to buy into the suspicion of  integrity deficit relating to this exercise. I find it very difficult.”

READ: ‘It Is Not In Ghana’s Interest’ – Document Shows A-G Criticises Agyapa Deal

He pokes holes into the NDC’s promise to reverse the deal if it comes to power, insisting that it was not realistic as history is not on the side of the country’s main opposition party.

According to him, the party had made similar commitments in the past including reviewing the privatisation deal that handed over 70% of Ghana’s interest in the state-owned telecommunication company, Ghana Telecom, to what is now Vodafone Ghana.

The deal became one of the topical issues of the 2008 elections with candidate J.E.A. Mills, who won that year’s polls, promising to review the agreement as accusations of corruption, value for money and compromising national sovereignty dominated the discourse. The agreement was not touched when the NDC governed the country from 2009 to 2017.

Twelve years on, the Minority in Parliament and the NDC’s flagbearer warned that should the NDC win the 2020 polls, Mahama’s administration will not hesitate to cancel the agreement.

He also took on civil society organisations, who he accused of sitting on the fence until the deal was approved by Parliament before coming out to challenge it.

While civil society and the Minority insist that there was something dodgy about the government’s decision to incorporate Agyapa in Jersey Island, a UK tax haven, Mr Baako said there is a positive side to it.

“Are there no advantages for us to register in a tax haven? There are advantages that come with it,” he said.

But Bright Simmons, the Vice-President of IMANI Africa thinks otherwise.

He said although there are thousands of companies registered in tax havens, it is rare for sovereign controlled special purpose vehicles “that handle the royalties and entitlements of countries indefinitely,” to be incorporated in such opaque destinations.