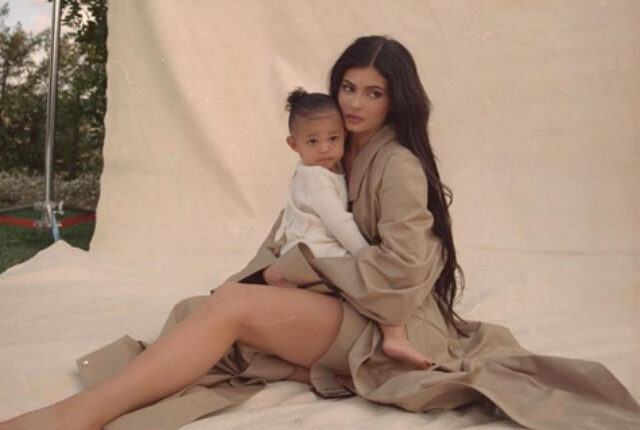 Kylie Jenner‘s pregnancy was so secretive, even producers didn’t know.

Keeping Up with the Kardashians executive producer Farnaz Farjam has been with the family since their debut in 2007.

Despite her close relationship to the E! stars, Kylie, 23, managed to keep her pregnancy hidden from her and other producers after she found out while filming Life of Kylie, Farjam revealed in an interview with Variety.

“Here’s the funny thing about Kylie’s pregnancy. She found out she was pregnant while she was filming Life of Kylie,” Farjam said, before revealing, “We didn’t know. She hid it from the cameras.”

Farjam said she was tipped off by one of Kylie’s family members, but thought it was a test. The Kardashians occasionally shared test information “just to find out who was leaking,” Farjam explained.

“One of the family members told me she was pregnant but that she was keeping it a secret – and I thought they were trying to set me up and trying to find out who the leak was,” the executive producer told Variety.

“I was like, ‘This person is lying to me and just trying to see!'”

Farjam later discovered Life of Kylie footage that showed the exact moment Kylie found out she and boyfriend Travis Scott were expecting a child.

Life of Kylie aired for one season, lasting from August to September in 2017.

Kylie and Scott, 29, welcomed daughter Stormi Webster, 3, in Feb. 2018 after remaining tight-lipped about the pregnancy.

The pair split in October 2019 after two years of dating, but have remained friendly and often spend time together as they co-parent Stormi. Jenner has previously said she and Scott are “like best friends.”

In May, Kylie and Scott took Stormi to Disneyland along with cousins Dream, 4, Chicago, 3, and another friend. The couple, along with Stormi, also celebrated Memorial Day weekend with the rapper’s family in Houston, a source told PEOPLE at the time.
This week, Kylie and Scott seem to have entered a new stage of their relationship. After Kylie and Stormi flew to New York City to support Scott at Tuesday’s Parsons Benefit on June 15, a source told PEOPLE there’s “a different energy” between the former couple.
“Although they always got along, there is a different energy between them now,” the insider said. “Kylie and Travis are very close again. Kylie flew to NYC to support him. It’s just great to see them back together.”
“They never put any pressure on their relationship,” the source added. “The focus was always on being the best co-parents. They still keep separated homes in L.A. because this is what works for them.”
At the benefit, Kylie and Scott posed for photographers together on the red carpet of the event, which was held at The Rooftop at Pier 17 in the Seaport District. Stormi stood by their side wearing a charcoal-colored dress and some high top sneakers.

Inside the event, an onlooker told PEOPLE that the pair were open with their affection towards one another.

“Travis and Kylie were being very sweet and cute together,” said the source, who added that “they were holding hands.”

Keeping Up with the KardashiansKylie Jenner