Late J.J Rawlings to be buried on January 27

After two months of suspense, Ghanaians will bid farewell to the late former President Jerry John Rawlings on January 27, this year.

The burial service which has been scheduled for Wednesday, January 27, will take place at the Independence Square, Accra, from 9am to 11am.

The Ministry of Foreign Affairs and Regional Integration made this known in a circular on Tuesday.

The former President died on November 12, 2020, at the Korle Bu Teaching Hospital in Accra.

Per the release, the former president would be laid in state from Sunday, January 24 to January 26 at the foyer of the Accra International Conference Centre. 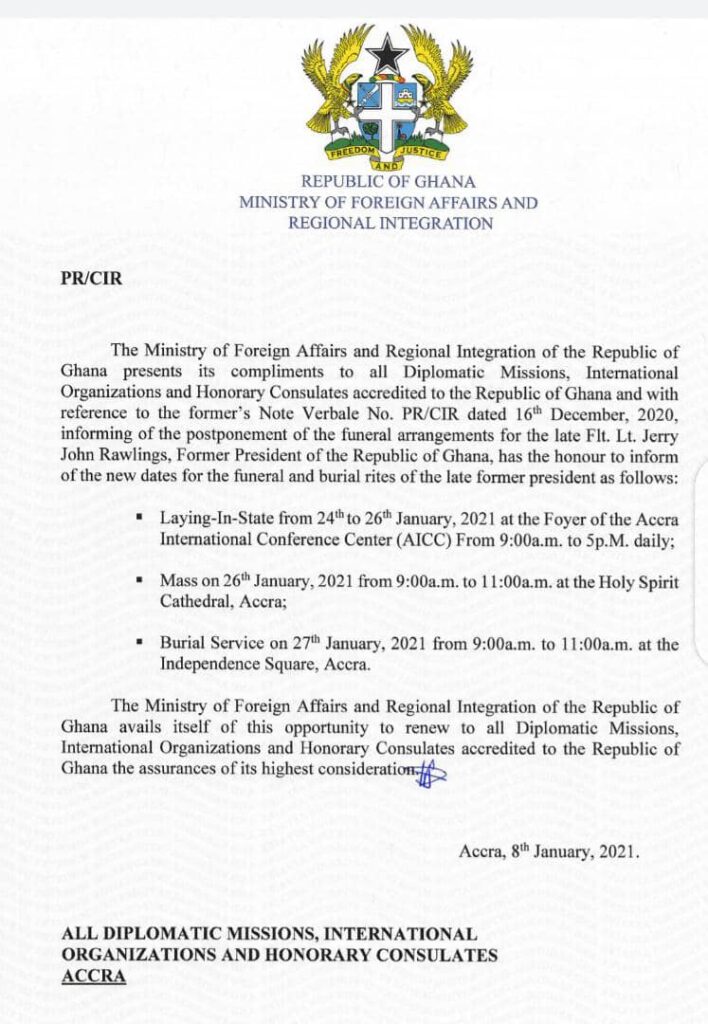 Following the growing agitations, the funeral rites of the late former president was postponed indefinitely.

After almost a month, it appears cool heads have prevailed paving way for the funeral to happen.