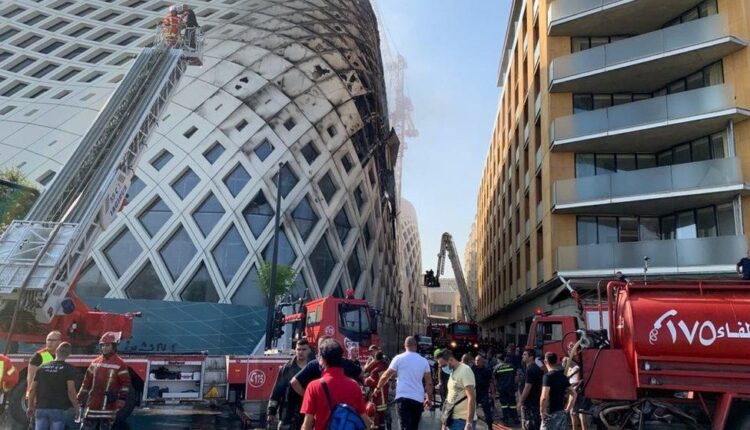 A fire broke out at a shopping centre being built in Beirut, marking the third blaze in a week in a city still reeling from a devastating explosion in August.

Firefighters quickly extinguished the flames that damaged a corner of the Beirut Souks’ latticed roof.

There were no reports of injuries and the cause of the fire is not yet known.

The building was designed by the practice of the renowned late British-Iraqi architect Zaha Hadid.

Born in Baghdad, Dame Zaha studied maths at the American University of Beirut – where she later designed a building on campus which was completed in 2014 – before embarking on her career at the Architectural Association in London.

Her other creations include the Serpentine Sackler Gallery in London, the Riverside Museum at Glasgow’s Museum of Transport, and Guangzhou Opera House in China.

Beirut Souks is located in a commercial district close the city’s port, where a blast six weeks ago killed almost 200 people, wounded 6,000 others, and caused as much as $4.6bn (£3.6bn) of physical damage and $3.5bn of economic damage.

The disaster, which is still under investigation, happened when a fire triggered the detonation of 2,750 tonnes of ammonium nitrate that had been stored unsafely. 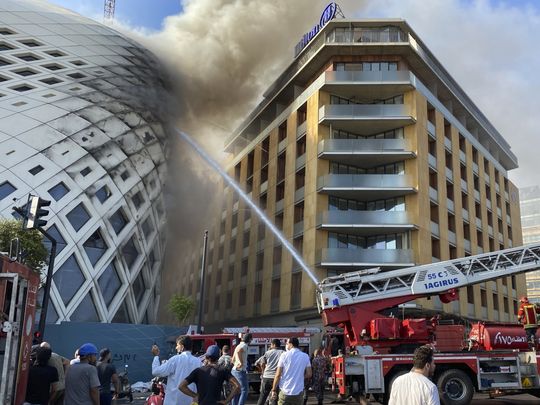 Last week, two fires at the port caused alarm and anger among residents, who have accused the ruling elite of corruption, neglect and mismanagement.

There was a small fire last Tuesday that was extinguished quickly and a larger fire on Thursday at a port warehouse where aid was being stored.

An investigation into the latter blaze found that sparks from a power saw could have been the cause.

“It’s terrible. It’s unbelievable,” jogger Joe Sayegh told Reuters news agency as he stood near the Beirut Souks after the latest fire on Tuesday. “Every day we have a problem.”

Lebanon was already reeling from an economic crisis that had caused its currency to collapse, driven up unemployment, and plunged many into poverty.

The government resigned in the wake of the Beirut blast and Western powers are demanding that its replacement implement reforms to unlock financial aid.

“If they are the same people, nothing will change,” Mr Sayegh said.

Calls grow for UK PM to resign over lockdown ‘parties’