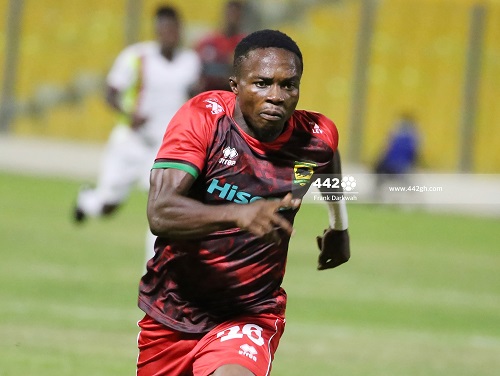 Legon Cities have opened talks with out of contract winger Augustine Okrah over a transfer to the club, according to reports.

The Accra-based club believe Okrah has what it takes to improve their squad ahead of the new season.

Okrah is at the moment a free agent following the expiration of his contract with Kotoko.

Per his lofty standards, Okrah was average for the Porcupine Warriors in the just-concluded season.

He could only produce four goals and three assists in 17 games, while failing to show up at the critical stage of the season.

Irrespective of that, Okrah still commands respect because of his previous exploits at home and abroad.

The 27-year-old is a former Ghana Premier League goal king and enjoyed a stellar career in Sudan with giants Al Merrikh and Al Hilal.