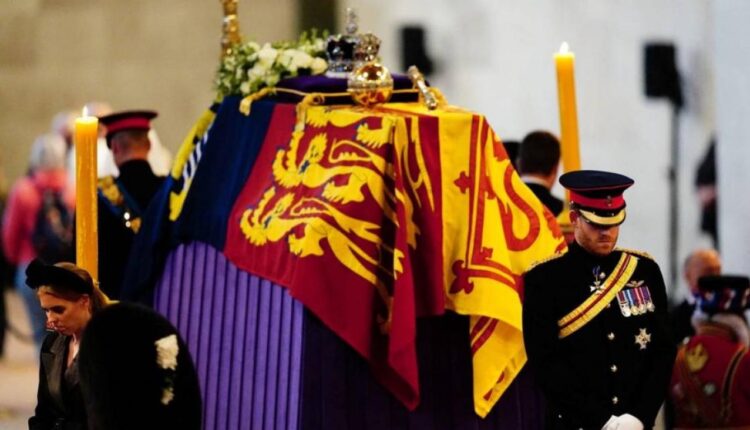 Lessons from the Queen’s funeral

I know we are world leaders in funerals, but it seems to me we can learn a few lessons from the British on how they organised and conducted the funeral of their Queen.

It is possible for someone to die and a large-scale funeral is organised and the person is buried in a period of less than two weeks. Queen Elizabeth II died on September 8 and she was buried on September 19.

They were able to organise and put on such a dramatic large-scale display of pomp and pageantry, not because they had the money, which they did, and could mobilise whatever logistics were needed, but the secret was that they accept death as an inevitable part of life.

Once you accept that fact, it is so much easier to deal with the parting ceremonies.

The display that had the world riveted since the announcement of the death of the Queen until her funeral service and burial on Monday had been planned and rehearsed for years.

As commentators and members of her staff said over and over again, the Queen herself had taken part in the planning and had a say in choosing some aspects of the funeral; a favourite hymn, a burial site.

The British might be world leaders in pomp and pageantry and indeed, it can be safely said that nobody does it better, but if they had started from scratch, there is no way they would have pulled it off.

If, like we do here, the old lady had died on September 8 and a family meeting was now going to be called to discuss and eventually agree on a suitable date for the funeral, they would probably still be making plans for the One Week observance and would never have been able to stage such a magnificent funeral by Monday, September 19.

While she was alive, the plans for her funeral were drawn up, she was part of these plans and made her input.

The family did not have to get into arguments with the government about where she would be buried. All those details had been agreed while she was still alive and she had been part of the decision-making process.

Rehearsals were organised frequently and updates were made as time went by. And these plans were not limited to some committee in Buckingham Palace.

The Military knew exactly what role they would play and rehearsed it regularly. Consequently, they did not put a foot wrong throughout the ten days of ceremonies.

The Police did not suddenly hear on September 8 they would have to mount the largest policing event ever in the history of the country, and had to start from scratch. They have had their plan for years, which was regularly updated and rehearsed.

The British Broadcasting Cooperation (BBC) did not mount the huge operation that resulted in the wall-to-wall coverage from scratch.

Everybody in the organisation knew exactly what to do the day the Queen dies. Here again, background programmes were put together and updated frequently.

As far back as when I worked with the BBC, we had rehearsals for what would happen when she dies. This did not mean that we wished the Queen ill and wanted her to die.

For a people who make such a great fuss about funerals, it is so strange that we are so reluctant to accept death as a natural part of our existence and therefore plan for it. I won’t get into the reluctance to write wills.

If a chief dies here, not only would we now be sitting down to constitute the funeral committee, the manoeuvres for succession would now be starting. Over there, the succession was seamless.

To this day, there is no accepted formula for how we deal with the death in office of a president or a former president. When President Atta Mills died, we started off digging graves on the grounds of Jubilee House. There are still arguments about Asomdwe Park where he is buried.

These frictions and tensions that seem to accompany deaths in our society can surely be avoided, even though I have heard it said that arguments and quarrels are part of funerals.

Once it is accepted that death is an inevitable part of our lives, it will be possible to plan for what happens when we die. For example, there was no drama about announcing that the Queen had died.

Over here, a king or queen never dies. We must find some way to put it rather than state he has died; he has either gone to the village or he has joined the ancestors.

This is probably why we are unable to treat a dead body as a biological entity that has died and will degrade. The dead body assumes spiritual powers and indeed since a dead body literally becomes an ancestor, it is not surprising that arranging funerals become so complicated.

Another possible lesson to emerge from the recent events in the UK might be we shall accept that the most important person can be buried early and not kept in the morgue for months.

I wonder if we shall dare have a funeral service that will last for an hour and a priest will resist the temptation to display his full repertoire when there are important guests in town.

I don’t think we can contemplate going through a funeral service without two rounds of offertory at the very least. There was no glossy funeral brochure with tributes from everyone who has ever met her.

I think we can safely say that this Queen’s funeral has been adjudged a grand success, and yet, come to think of it, food did not feature in that whole funeral. Nobody was served with any food; there was no buffet laid out for guests, nor were there any food packs given out to guests.

And yet for us these days, the success of a funeral is measured by how much food and drink there was at the ceremony.

I hesitate to point out that a body lying in state does not mean the body should be put on display. You can file past a body in a covered coffin.

I suspect we shall draw the line there and insist on displaying the bodies and maybe increase the practice now of laying out the body in the most life-like manner.

Thus, it is not only that a singer is buried in a coffin designed as a microphone, the body is displayed with a microphone, a guitar or other musical accoutrements, and the more it is made to look real and alive, the better. I fear our undertakers will not be happy if the practice of closed coffins become popular.