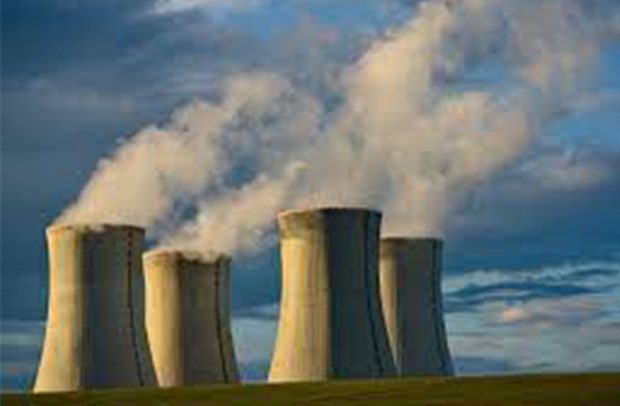 NUCLEAR ENERGY is what is found in the nucleus of an atom, the smallest particles into which chemical elements known can be divided.  Atoms can be differentiated by their electric charge: Neutrons have no charge; protons have a positive charge and electrons have a negative charge.   The atom is always neutral as it has the same number of protons and electrons. What binds neutrons and protons together in the nucleus is nuclear energy.   It is possible to release this energy to obtain electricity.  From ancient Greece, since the time of atomist philosophers headed by Democritus of Abdera, science has evolved and there is now a better understanding of atoms and what can be done with them.   The emergence and evolvement of different atomic models at end of the 19th century, and during the 20th century, have enabled experiments, and research progressed until we were able to put into practice methods that would enable us to make use of nuclear energy.

How Is Nuclear Energy Obtained?

Nuclear energy, generated through fusion (joining) or fission (separating), is obtained by the disintegration of uranium atoms in nuclear power plants. Fission occurs in nuclear power plants, and fusion occurs naturally. Uranium is the main source of fuel for these installations. Uranium is used because its instability generates reactions that nuclear power plants provoke to obtain energy. In some cases, plutonium is also used.  Any method used will cause collisions between the subatomic particles and a loss of mass, releasing a large amount of heat energy. With fission in a power plant, this energy is converted into steam, and this starts a turbine attached to an alternator and as a result, electricity is generated.

Nuclear fusion requires high temperatures. The optimisation and creation of plants prepared for this process will beneficial for the environment. The replacement of uranium by hydrogen, an inexhaustible and clean source, is just one example.

There are, however, numerous drawbacks to nuclear energy to consider.

First, nuclear power plants are affordable to operate but are relatively expensive to construct. The expected cost of nuclear plant construction has increased from $2-$4 billion to $9 billion between 2002 and 2008 and often, their cost estimates are surpassed during construction.  Aside from the cost of constructing a power plant, nuclear reactors must allocate funds for waste that is generated, which must be stored in cool facilities with strict security protocols.  All the costs and expenditures make nuclear power rather costly upfront.  It also leads to the generation of radioactive waste. While no emissions are produced in nuclear energy generation, a bi-product of radioactive waste is developed.   The waste must be stored in secure facilities to avoid polluting the environment. Radiation is not harmful in small quantities, but radioactive waste from nuclear plants is hazardous. Storage of radioactive waste is a significant concern and cost for nuclear power plants. There is no way to destroy nuclear waste; the only current solution is to seal and store it in deep underground facilities. As technology improves, there will, hopefully, be the development of better ways of storing radioactive waste in the near future. Nuclear power plants are heavily dependent on thorium and uranium to generate electricity. Before the supply of thorium and uranium is depleted, a nuclear fusion or breeder reactor will have to be created, otherwise, power generation will not be possible. Currently, nuclear power is only an expensive short-term option for power generation due to diminishing resources.

Impact On The Environment

The most significant impact on the environment stems from the destructive process of uranium mining. Both open-pit and underground mining can mine uranium.  Open-pit mining is generally a safe process for miners, but generates radioactive waste while causing erosion and, on some occasions, polluting water supplies. Underground mining exposes miners to a far greater risk of radiation poisoning than open-pit mining. While also producing large amounts of the radioactive waste rock during both processing and extraction.  Nuclear power generates waste from the material used and there are concerns about possible accidents or leaks, since uranium is not a renewable source, at least not for now. One of the drawbacks of this material is its high radioactivity, as well as having a very long half-life.

Nuclear power plants generate enormous heat produced during nuclear fission at the core of the nuclear plant. This is where ceramic pellets are housed and are made from uranium fuel. In comparison, around 150 litres of oil can generate energy that one ceramic pellet can.  The splitting apart of atoms into smaller atoms during nuclear fission releases energy, and heat is generated. This is then used to produce steam. The steam is then transferred to stimulate the rotation of the blade turbines to produce nuclear power.  Among the advantages of nuclear energy are that it has overall low cost of operation, it is a consistent source of energy and has predictable output. It is not affected by weather conditions compared to other sources such as wind and solar power. Nuclear fission generates far more energy than fossil fuel combustion such as coal, oil, or gas. The process produces almost 8,000 times more power than typical fossil fuels, resulting in less material used and causing less waste. All-year-round energy production is feasible, allowing for favourable returns on initial investment due to no energy production delays. It is estimated the world has enough uranium to produce electricity for the next 70-80 years. It does not seem like a long enough period, but in comparison to fossil fuels, they are expected to diminish in a far less period.

Additionally, there are current investigations into alternative power sources for nuclear energy.  It also generates low amounts of pollution as is the lowest carbon emission energy source and a lower carbon footprint compared to other sources such as fossil fuels. The majority of carbon dioxide emissions primarily occur during the fueling process and construction of the plant, but not during electricity generation.  The overall pollutant generation from nuclear plants is relatively modest compared with fossil fuel energy generation.  Currently, nuclear energy usage cuts more than 555 million metric tons of carbon production each year.  The greenhouse reduction is an excellent sign of how crossing over to nuclear energy will reduce the long-term impact on global climate change. Yes, nuke energy is a promising alternative and reliable energy resource for future electricity needs. There may be challenges.  However, no industry is immune to challenges, but challenges provide opportunities for growth, maturity and development.