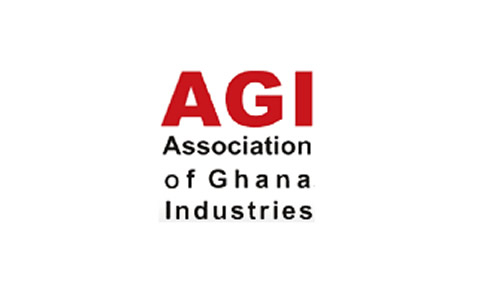 Vice President of the Association of Ghana Industries (AGI), Charles Darku, has indicated that access to the Africa Continental Free Trade Area (AfCFTA) will propel the expected expansion of local industries to create more jobs and wealth in the country.

But to make the most of the continent-wide market, he called for favorable policies and interventions such as low-cost credit, the relevant trade infrastructure, and cross-border alliances that will boost the capacity and competitiveness of local industry.

In his remarks at the closing session of a three-day national confab on implementation of the AfCFTA in Accra, he said the private sector – especially industry – remains keen on the agreement’s take-off and will work with government and other stakeholders to realize that.

“The private sector expects that building the local production capacity of industries to take competitive advantage of opportunities offered by the continent-wide market should be our immediate focus.

“Long-term infrastructural financing is critical; low-cost capital that will allow us to build a manufacturing base which will be competitive is also important to us, and so are partnerships and alliances across borders,” he said.

The AfCFTA provides an opportunity for Africa to create the world’s largest free trade area, with the potential to unite 1.3 billion people in a US$2.5trillion economic bloc and usher in a new era of development.

The main objectives of the AfCFTA are to create a continental market for goods and services with free movement of people and capital, and pave the way for creating a Customs union.

It will also grow intra-African trade through better harmonization and coordination of trade liberalization across the continent.

The AfCFTA is further expected to enhance competitiveness at the industry and enterprise level; through exploitation of opportunities for scale production, continental market access, and better reallocation of resources.

According to Mr. Darku, for local private sector to play a key part of this free trade market “we must have something to trade, and so we must seek an expansion in the manufacturing industries so we can play our part”.

He queried: “But how are we, as a country, strategizing to build the capacity of Ghanaian industries to ensure that whatever comes will be realized for economic gains instead of threats?”

Despite the huge prospects on offer, the AGI is also mindful that an influx of imports from other countries could possibly stifle the gains Ghanaian industries could tap from the AfCFTA.

The AGI’s vice president therefore called for harmonization of trade policies and legal trade regimes across the continent, as well as strict adherence to existing trade protocols by their counterparts in other countries.

“Over the years, Ghanaian businesses have been compliant with all regional and international protocols Which have been put in place to promote trade, but we need sufficient assurances that enforcement of these protocols by our counterparts in other countries who operate in the country will be upheld.

“We reaffirm our commitment to supporting government in implementing AfCFTA, so that it leads to the creation of a truly African-wide competitive business environment in which local Ghanaian industries can thrive,” Mr. Darku noted.

The three-day national conference on the theme ‘Harnessing the benefits of the Africa Continental Free Trade Area for a Ghana Beyond Aid’, brought together senior policymakers, business community and civil society organisations to discuss national strategies and programme interventions to harness benefits of the AfCFTA.