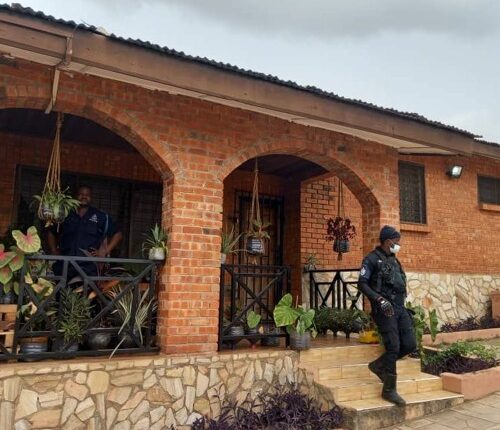 The police raided and closed down the recently opened office of a pro-LGBTQI group at Ashongman in Accra.

The group confirmed the raid on its social media page.

This morning, our office was raided by National Security. A few days ago, traditional leaders threatened to burn down our office but the police did not help. pic.twitter.com/FM2XVXDnJL

“This morning, our office was raided by National Security; a few days ago, traditional leaders threatened to burn down our office, but the police did not help.”

“Like this moment, we no longer have access to our safe space, and our safety is being threatened. We call on all human rights organizations and allies to speak out against this attack,” part of the post-read.

The relentless group has also urged its members to remain calm.

“While this unfortunate incident has happened, we wish to encourage all our members and queer Ghanaians to stay calm. Do not panic; we will triumph,” the group stated.

“The police may have raided our office and closed it down, but the real office is in our hearts and minds,” the post said.

The office, a five-bedroom house with a monthly rent of GHC1500, was opened two months ago.

A representative of the property owner, Dr Asenso Gyambi, said the group breached the tenancy agreement not to use the facility as an office.

Earlier, the Kwabenya traditional council had threatened to burn now the office.

The office is now under police guard.

Meanwhile, in a statement, the Catholic Bishop Conference urged the government to reiterate its position on homosexuality.

“We call upon the President and Parliament to state unambiguously their position on the matter of homosexuality and its practice in Ghana. We also call on the Government of Ghana to close down the LGBTQI office space that was recently opened in Accra,” part of the statement read.

Other religious factions, such as the Ghana Pentecostal and Charismatic Council (GPCC), have asked the president to summon foreign diplomats supporting advocacy for LGBTQI rights in Ghana.

Yes! Our safe space has been raided by the police.