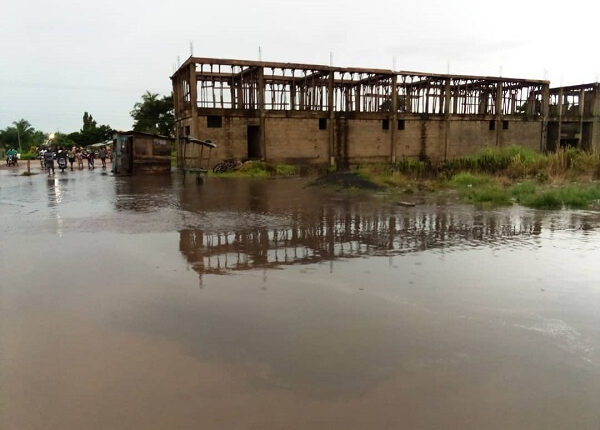 The people of Kpetoe in the Agotime-Ziope District have returned to normal activities after the Tordze and Kpetoe rivers overflowed their banks rendering some residents homeless.

The unfortunate incident on Monday also resulted in farmlands being submerged.

Torrential rainfalls in neighbouring communities in Togo caused the river to overflow its banks, eventually destroying farmlands and flooding homes in the district.

The flood displaced 105 people, including 85 children, during the two days of heavy rainfall and consequently destroyed several farmlands near the river.

District Director of the National Disaster Management Organisation (NADMO), Brown Dzikpe, said there were no casualties.

He added that the victims of the flood who fled their homes to seek refuge elsewhere are returning home.

Mr Dzikpe revealed that NADMO could not provide relief items for the victims because they were out of stock.

He further admonished the residents to refrain from building houses along the river banks.

The Kpetoe river reached levels close to the Kpetoe Bridge, which made travelling along the  Ho-Denu road dangerous as of Tuesday.

Schools have commenced academic work, and economic activities have begun. All these activities were put on hold during the flooding period.