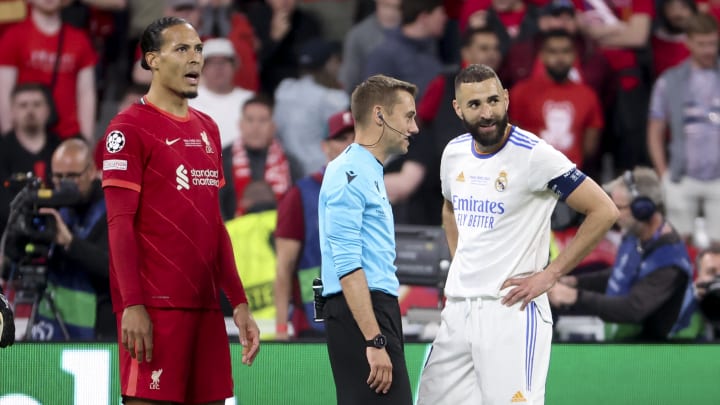 Liverpool complain to UEFA and Real Madrid over ticket allocation

Liverpool have complained to both UEFA and Real Madrid over the 1,800 match tickets they have been allocated for their upcoming Champions League round of 16 tie.

Last year’s finalists will go head-to-head in the second leg at the Santiago Bernabeu on March 15.

However, Liverpool are unsatisfied with the number of tickets their fans have been offered, which is the same amount that was controversially awarded to Chelsea in the competition last season while the stadium was undergoing substantial renovation.

As revealed in a statement on Liverpool’s website on Tuesday, the club believes the amount of tickets is ‘significantly less than expected’ and they have therefore contacted UEFA and Real Madrid in an attempt ‘to understand the rationale’ behind the reduced allocation.

“Spirit of Shankly, the official Supporters Trust, and the Liverpool Disabled Supporters Association have also asked the club to raise their concerns and asked to remain in dialogue throughout the process,” Liverpool added.

Spirit of Shankly, one of the club’s major fan groups, wrote to the CEO of Liverpool Billy Horgan asking the club to request at least 3,000 tickets for travelling supporters along with far more than the four bays (in the home section) on offer for wheelchair users.

Chair Joe Blott, who penned the letter to Horgan, points out that though under redevelopment the reduced capacity of the Bernabeu is still 60,000 and that many clubs have gone through the same process without impacting away supporters.

He also highlights the lack of wheelchair bays available at last year’s final at the Stade de France, which Liverpool lost 1-0 to Real Madrid.

Liverpool’s statement continues: “LFC is committed to having as many supporters as possible in stadiums for European away fixtures and continues to develop its systems and processes to fill allocations at every away game.

“The club fully understands the impact this initial decision by Real Madrid has on supporters and the challenges with making travel arrangements for the game.

“Representatives from LFC are in direct contact with the Supporters Trust and the Liverpool Disabled Supporters Association and will continue to explore all options to increase the allocation, particularly for disabled supporters.

“LFC will provide supporters with an update when the ticket allocation has been confirmed.”

Ultimately, UEFA have no say in Real Madrid’s decision but their competition rules do state that: ‘The visiting association or club must be allocated five per cent of the total stadium capacity for their supporters in a dedicated sector of the stadium.’

Five per cent of 60,000 would therefore equate to 3,000 tickets – the amount requested by Liverpool. The renovations at the Bernabeu are apparently nearing completion, although no set date has been confirmed and it will be after the New Year due to the World Cup in Qatar.