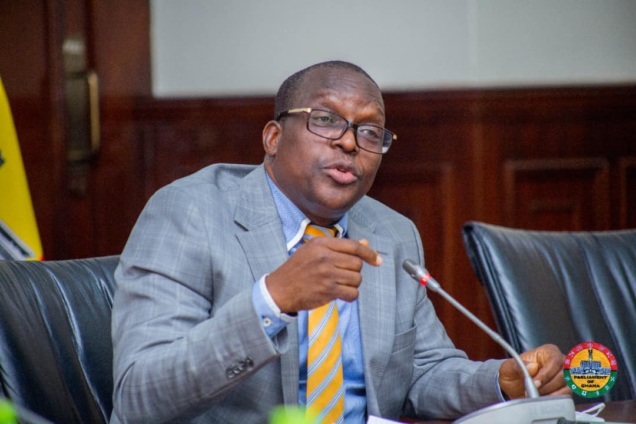 A legal association supposedly formed by members of the National Democratic Congress (NDC), the Law Society of Ghana (LSG) out of the main body for lawyers, Ghana Bar Association (GBA) has rejected a report that Speaker of Parliament, Alban S.K. Bagbin has resigned from the GBA.

According to the breakaway group, never did the Speaker of Parliament state anytime during its interim executives’ courtesy call on him that he has resigned from the Ghana Bar Association (GBA).

“In his remarks, he expressed in strong words, his revulsion about the state of the GBA and wishes to see a change for a better Bar Association committed to the aims, objectives and ethics as captured and practised globally,” according to a statement released by the LSG to clarify matters following widespread media reports that Speaker Bagbin announced his resignation from the Association during the courtesy call on him on Tuesday, September 20, 2022, by the breakaway group.

The LSG led by Interim President Rockson Dafeamekpor, an NDC lawmaker was in the Right Honourable Speaker’s office to congratulate him on his elevation as President of the Commonwealth Parliamentary Association (CPA) and also to introduce the new group to him.

The statement continued that Mr Bagbin, a former Member of Parliament, welcomed the formation of the LSG and pledged his unflinching support to the Interim Executives and the Society to establish and develop a better professional group.

He was very excited to learn from the Interim President, about the novelty of roping on board not only lawyers but paralegals, law students at the Ghana School of Law and the Law Teaching Faculties at the Universities.

However, the Speaker never talked about resignation from GBA but outlined that he together with learned senior Ward Brew, had actually earlier sponsored the formation of the Bar Association of Ghana (BAG) when the frustration from the GBA became unbearable until some impediments came their way, which impediments rendered the forward march of BAG impossible or near impracticable.