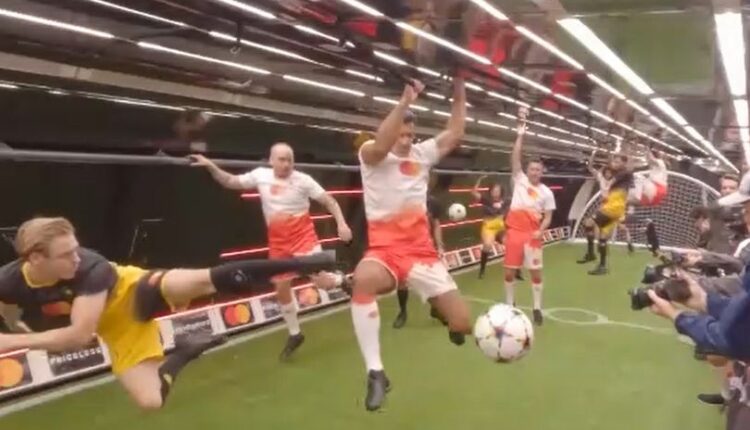 Portugal legend Luis Figo has helped set a new record for the world’s highest ever football game after having a kickabout 20,000ft above the ground in zero gravity.

The stunt, organised by Mastercard, saw Figo and seven other players blasted into the atmosphere for an out-of-this-world four-a-side match inside a specially-constructed aircraft, which soared in alternating upward and downward arcs in a trajectory that simulates the effect of zero gravity.

Figo, who scored in a 2-1 win for his side, saw his efforts ratified by Guinness World Records adjudicators, who presented each player with the title for the “Highest Altitude Game of Football on a Parabolic Flight” – officially recorded at 20,230ft.

Speaking about the record-breaking feat, Figo said: “Football transcends boundaries and unites people around the world. I have played in stadiums where the electric atmosphere sparks emotions that cuts across cultures and nationalities.

“This was the exact same experience I had playing this beautiful game at 20,000 feet above the ground with a group of fearless football fanatics taking their passion for the sport to unprecedented heights.”