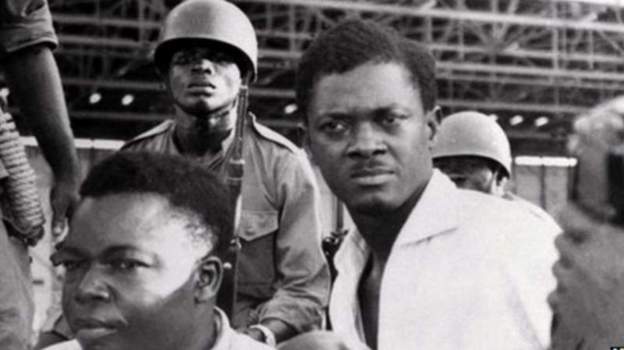 Lumumba’s family says returning his tooth is ‘a good step’

The family of Congolese independence hero Patrice Lumumba has welcomed a court ruling that said his tooth should be returned to his family.

Mr Lumumba’s nephew Jean Jacques Lumumba said the move “is a good step” of what happened.

“[Lumumba] is a hero who we never buried, the decision [of a Belgium court] is a good step to know the truth…there will be phases to get there, ” Mr Jacques said.

He said two men who were killed alongside Mr Lumumba, Joseph Okito and Maurice Mpolo, “are also Congo heroes” and the truth about their assassination should be revealed as well.

A Belgian court ruled that a tooth taken from Mr Lumumba’s corpse be given to his daughter Juliana – who had written a letter to the Belgian king asking for its return.

Mr Lumumba, who became Congo’s first prime minister after it gained independence from Belgium in 1960, was murdered in 1961 after he was abducted by separatist fighters.

The Belgian government had a role in his death and in 2002 issued a formal apology.

The British and American spy agencies are also believed to have been involved.

Lumumba’s tooth is thought to have been taken by a Belgian policeman who was helping to dispose of the body, AFP news agency reports.

It was later seized by the Belgian authorities, AFP adds.