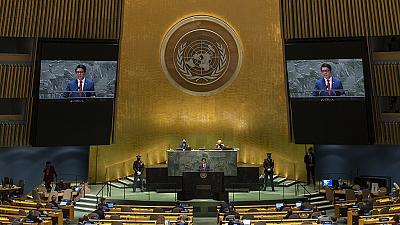 The president of Madagascar branded current efforts to fight climate change “lax” and called for urgent and coordinated world response during his address to the United Nation’s General Assembly in New York on Wednesday.

The south of the Indian Ocean nation of Madagascar is currently in the grip of a severe drought, threatening some 400,000 people with starvation.

The crisis is widely said to be linked to man-made climate change.

President Andry Nirina Rajoelina told the UN General Assembly that “in the fight against climate change, all our efforts will be in vain if the implementation of measures and sanctions to stop climate change continue to be lax.”

“Madagascar finds itself a victim of climate change. There are recurrent waves of drought in the south (of the country.) The water sources dry up and all the means of subsistence become almost impossible. My compatriots in the south are bearing the weight of climate change which they did not participate in creating,” he said.