The Flagbearer of the National Democratic Congress (NDC), John Dramani Mahama, was on Friday installed as the Nkosouhene (Development Chief) of the Apesika Traditional area in the Kintampo South constituency of the Bono East region.

Under the stool name Nana Beyeman Kwame Ababio I, Mr. Mahama was taken through the customary rites by the Chief of Jema and Kyidomhene of the Nkoranza Traditional Council, Nana Amponsah Gyan II.

Nana Amponsah Gyan II explained that the NDC presidential candidate deserves to be honoured as he undertook massive development projects in the area when he was the President of Ghana.

Speaking at a durbar held in honour of Mr Mahama, Nana Amponsah Gyan acknowledged projects such as roads, water and schools as some of his legacy projects. 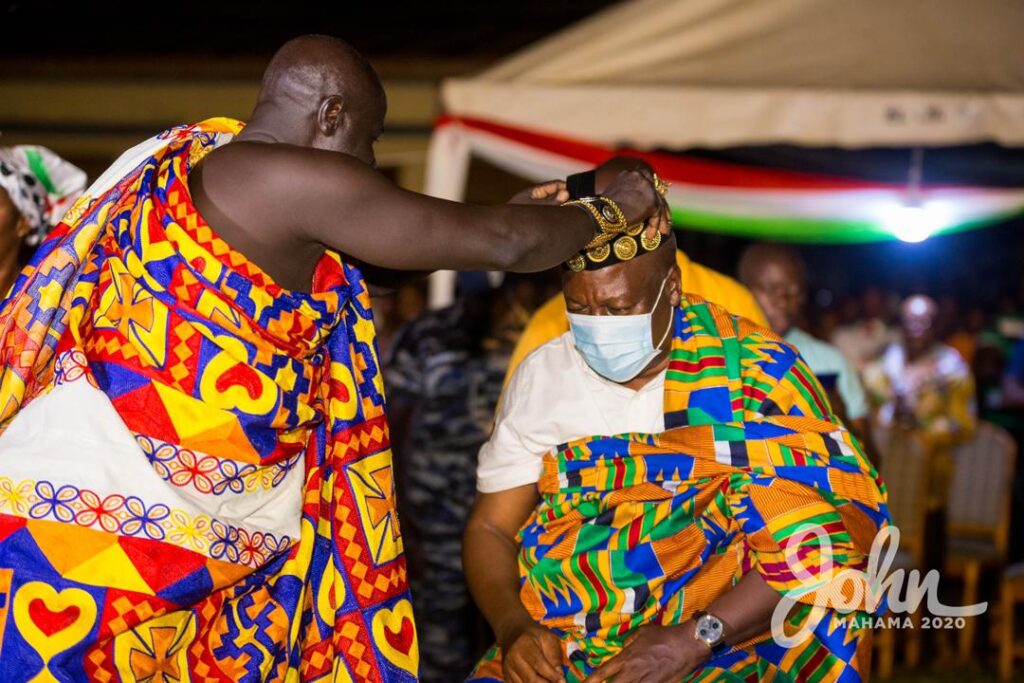 Nana Amponsah Gyan urged the town folks to rally behind the NDC flagbearer in the upcoming December 7 elections to enable him continue his developmental projects.

For his part, Mr Mahama expressed appreciation to the chiefs and people of Apesika for the honour bestowed on him. 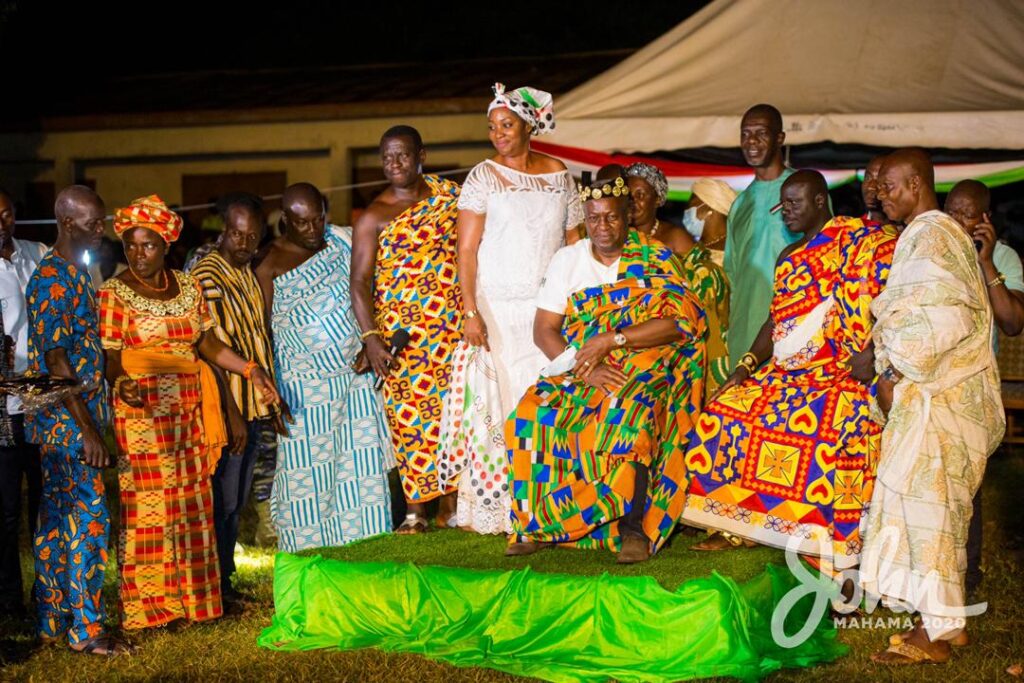 He said when elected as president come December 7, the next NDC government will complete all the abandoned projects.