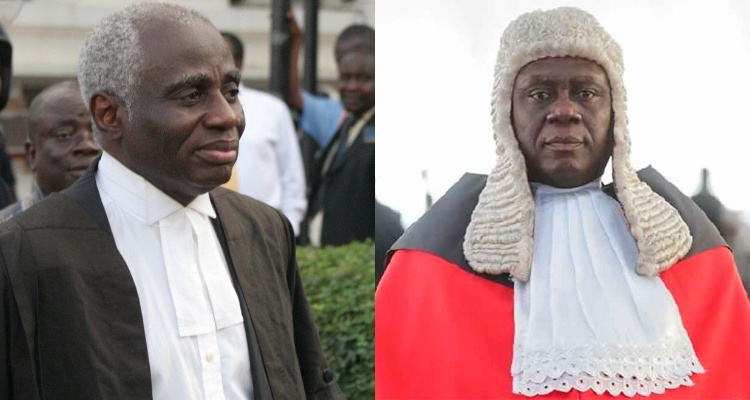 Counsel for the petitioner in the ongoing 2020 election petition hearing has raised an objection to a video that President Akufo-Addo’s lawyer wishes to tender in evidence.

Mr Tsatsu Tsikata noted that the video in question which the second respondent’s (Nana Akufo-Addo) lawyer had argued was critical to their case has not been authenticated.

The video in contention is a press conference where the NDC Flagbearer John Dramani Mahama, the General Secretary Johnson Asiedu Nketia and other party faithfuls had gathered to raise allegations to the Electoral Commission’s declaration that the NPP presidential candidate, Nana Akufo-Addo had won the 2020 elections.

At the said event the NDC Flagbearer John Mahama mentioned that he had won the 2020 election and not the NPP candidate as announced by EC Chairperson Jean Mensa.

“We have 140 seats, and no attempt should be made to tamper with the results of Majority of seats we have won in Parliament. Ghanaians have given us the push, we have won 10 out of 16 elections,” the NDC Flagbearer indicated.

When the petitioner’s witness (Johnson Asiedu Nketia) took his turn at the said press conference, he said emphatically that results from collation centres confirmed that NDC’s John Mahama had won.

He was quick to add that at no point had he said the petitioner (John Mahama) was the president elect.

“We have won 141 seats, our collation so far indicate that our presidential candidate John Dramani Mahama is ahead and soon the Electoral Commission will come and announce that our candidate won,” the General Secretary said beaming as supporters cheered him on.

It was the view of Mr Tsikata that the said video cannot be admitted through the petitioner’s witness Johnson Asiedu Nketia.

“The video that is being tendered in evidence will have admissibility in question. If it is something that they are seeking to use to address some credibility issue, we don’t have any problem with that.

“It cannot be admissible through this witness (Asiedu Nketia). It is not something from his custody. It is not a recording made by him, he cannot authenticate the said video. On the basis of that we raise an objection,” Mr Tsikata said.

But Akoto Ampaw, the second respondent (Nana Akufo-Addo) counsel emphasised that it was critical for the video to be played once the witness (Asiedu Nketia) himself has admitted to watching the said video over the weekend.

He insisted that the video was merely for identification purposes.

“In respect of admissibility, our view is that we only want the video to be played for purposes of identification,” Mr Ampaw explained.

The Judges however, ruled for the video to be played in open court despite the objection raised by the petitioner’s legal team.

The seven-member panel presided over by the Chief Justice Anin Yeboah said once it was for the purposes of identification, it should be played for the witness to identify himself.

After the 40 minutes was played, the NDC stalwart admitted that he was indeed one of the speakers at the said press conference.

He, however, maintained that there was nowhere in the video did he claim the NDC Flagbearer John Mahama had won the 2020 presidential elections.