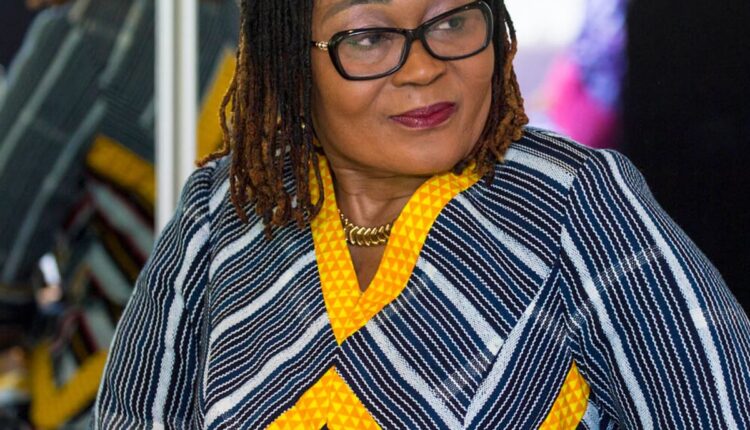 Majority Caucus Challenges Lordina Mahama To Refund All Allowances From 2012

The Majority Caucus in Parliament has challenged former First Lady Lordina Mahama to follow the example of First Lady Rebecca Akufo-Addo in refunding all allowances paid to her between 2012 and 2016.

The MP for Nhyiaeso Constituency Stephen Amoah, who spoke on behalf of the Majority during a press encounter on Tuesday, July 13, dared the former First Lady to reject the allowances.

The Nhyiaeso MP further touted the feats of the Rebecca Akufo-Addo Foundation to buttress his point that she had been treated unfairly in the presidential spouse salary saga.

“This present First Lady, in the area of health, check Korle Bu, check other minor hospitals and facilities. In terms of supporting them with equipment, this woman is so pure and hardworking. Now a leader came in to regularize something which has been going on for years to make it transparent, and people are criticizing it,” he lamented.

He told Mrs Mahama to the necessary since her party, the NDC, had repeatedly opposed the recommendation of the Ntiamoa – Baidu led presidential Committee on Emoluments for Article 71 officer holders, which proposed payment of the presidential spouse salary.

He further directed the Auditor General to audit the Lordina Mahama Foundation and make public its expenditure and monies accrued from international donor organizations.

His calls follow that of the General Secretary of the NPP, John Boadu.

“Let me say this emphatically – former President Mahama’s wife, Lordina Mahama, must, as a matter of urgency, refund all monies paid to her since January 2017 till now,” he insisted.

According to Mr Boadu, the monies that Mrs Lordina has accumulated “as far back as 2009 should also be refunded”.

By his estimation, “the monies she has received from that time till now would amount to GHC3.2 million”.

The Office of the former First Lady is yet to respond to the issue.

The committee had recommended a formal monthly remuneration for presidential spouses, but the outcome triggered a heated public debate.

It has been the norm for presidential spouses to receive allowances, but the government sought to formalise the existing practice.

Mrs Akufo-Addo made the payment to the government for allowances given to her via a cheque on Tuesday.

A notification letter from the Office of the First Lady and signed by Shirley Laryea stated.

“I am directed to forward, herewith, a Consolidated Bank Ghana Limited cheque number 000002 for an amount of GHf899,097.84 (Eight Hundred and Ninety-Nine Thousand Ninety-Seven Ghana cedis Eighty-Four pesewas) being the full refund for monies received from 7th January 2017 to date as allowances given to Her Excellency the First Lady of the Republic.“

Second Lady Samira Bawumia also served notice that she’s returning all allowances paid to her since 2017.

According to her, she will not accept any monies allocated to her pursuant to the recommendations of the Prof. Yaa Ntiamoah-Badu led committee as approved by Parliament on 6th January 2021.

A statement signed by Kwame Twum, Senior Aide to the Second Lady, noted that Mrs Bawumia took the decision in consultation with her husband, Vice President Dr Mahamudu Bawumia.

She is expected to refund a total of ¢887,482 to the state following this decision.

The five-member committee was set up in June 2019 by President Akufo-Addo to make recommendations to him and to Parliament on the salaries and allowances payable and the facilities and privileges available to Article 71 officeholders.

They were charged to make recommendations regarding emoluments and other privileges for Article 71 officeholders, as specified under the Constitution, and to examine any other relevant matter which the committee deemed appropriate to its work.

As part of its recommendations, the committee proposed that allowances are given to the spouses of the President and Vice President be formally included in the review of the entitlements for the executive.

This proposal was an attempt to regularise the practice of paying allowances to presidential spouses since the Third Parliament of the Fourth Republic and in the first government of ex-President John Kufuor.

As follows is the explanation of the matter put forward by Minister of Information Kojo Oppong-Nkrumah a week ago:

President Kufuor, in his wisdom, instituted this…The truth of the matter is that all surviving spouses of Heads of State, current and former…have all been receiving salaries since President Kufuor’s time. What has happened now is that the arrangement has been made formal but that was done legally based on the recommendation by the Emoluments Committee.

The recommendation Ntiamoa-Baidu committee is said to have been forwarded to the Seventh Parliament, which voted its approval.

AG sued over salaries of first and second ladies