New Patriotic Party(NPP) legislators have backed down on their threat to boycott the presentation and passage of the 2o23 budget put together by Finance Minister Ken Ofori-Atta.

This follows a meeting with the executives and Council of Elders of the NPP on Tuesday, November 22, 2022.

Some 98 members of the Majority Caucus have been calling for the removal of Finance Minister Ken Ofori-Atta over the country’s failing economy.

In a meeting with the President, the MPs had earlier agreed to hold on with their demand until the completion of the International Monetary Fund(IMF) negotiation.

However, a motion of censure brought against Mr Ofori-Atta by the Minority resurrected the calls for his dismissal.

The rebel MPs threatened to absent themselves from parliament on Thursday, November 24, 2022, to boycott the 2023 budget presentation by the Finance Minister.

However, a statement dated November 22, 2022, jointly signed by the Majority Chief Whip, Annoh-Dompreh, and the General Secretary of the NPP, Justin Kodua Frimpong, said, “it has been agreed by all to refocus and recline to the earlier position requested by President Akufo-Addo”.

According to the statement, the party has resolved that the President will act on the earlier demands of the MPs after the 2023 budget has been read and appropriated.

Read below the joint statement. 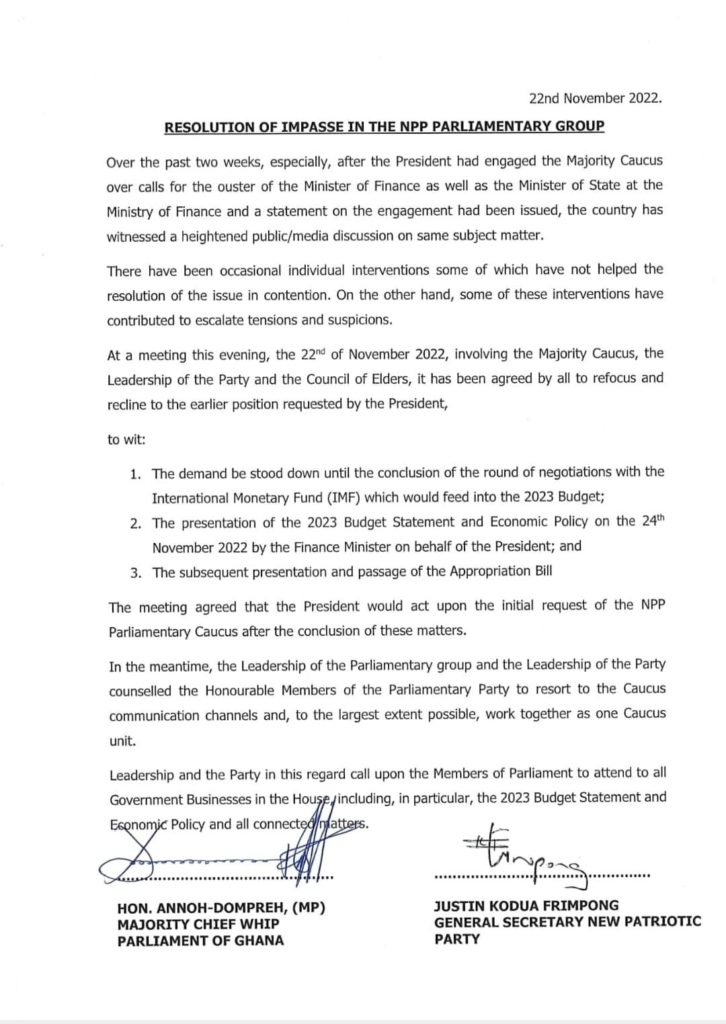