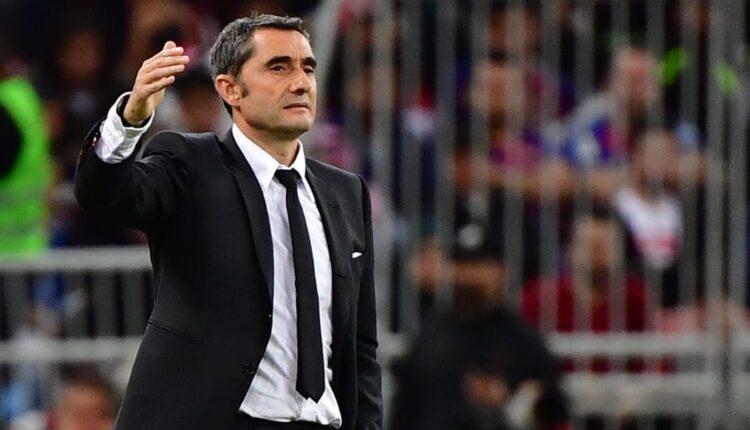 The Norwegian gave a farewell interview to MUTV as the club announced they would look to appoint an interim manager until the end of the season.

And according to the Guardian, United have opened talks with 57-year-old Valverde about succeeding Solskjaer.

The Spaniard has been in discussions with footballing director John Murtough over taking charge on a temporary basis and has already begun looking at players to improve the current squad should he get the gig.

Man Utd are hopeful that Valverde’s experience in handling Lionel Messi at Barcelona will make him the perfect candidate to deal with Cristiano Ronaldo.

Valverde has been out of work since he was sacked by Barça at the start of 2020. He led the Blaugrana to two La Liga titles, but was most remembered for their collapse to Liverpool in the 2018/19 Champions League semi-finals.

However, Barcelona’s trajectory following Valverde’s departure has fallen off a cliff, with the club losing 8-2 to Bayern Munich, finishing below both Real Madrid and Atletico in La Liga last season and being unable to re-sign Lionel Messi this summer.

Valverde has previously spoken of his desire to manage in England before, saying: “I wouldn’t mind trying it. You get the feeling that there’s a respect there for what the game is.”

While Valverde is being touted as an interim appointment, 90min understands that PSG boss Mauricio Pochettino and Leicester manager Brendan Rodgers are both willing to take charge on a full-time contract immediately.