Our elders have taught us that it takes one to bring forth a child, but it takes the entire village or community to raise that child.

The conventional wisdom in this saying is too glaring to escape one’s notice or understanding even in this modern era.

No matter how rich or resourceful a child’s parents are, and irrespective of how urban or advanced their society is, a nanny, a teacher or religious leader has a contribution to make in the upbringing or wellbeing of that child.

The elders who coined this proverb also remind us that even though the cock may belong to one household, its crow wakes the entire village.

For persons who are born in the era of phones with clocks and alarms and do not have to depend on the crow of a cock to announce the arrival of a new day, this must not make much sense. But the two proverbs are linked and make practical sense.

A child is born by one family, but it takes more than that family to raise the child. And when the child becomes a worthy adult, the benefits extend beyond the family into which the child was born. Last year, for instance, Mr William Amuna (former CEO of GRIDCo) and his siblings went to Bongo to commission an 80-bed children’s ward they had built for the hospital with support from some of their friends.

“Until now, for several years, we have no alternative but to contravene medical ethics and norms by accommodating the vulnerable and susceptible children in the same ward with adult females.  In the peak malaria season, two kids sometimes have to share one bed; not because there are no beds, but for sheer lack of space in the ward,” Dr William Gudu, the medical superintendent of the hospital revealed how dire the situation was until the intervention of the Amunas.

The Amunas and their children live in Accra and other parts of the world, but as the crow of the village cock, the benefit for their gesture is to the community, the entire district of Bongo.

Due to urbanisation and population growth, however, the burden of raising children, especially those from unfortunate backgrounds, goes beyond voluntary contribution from neighbours and benevolent persons in the society.

Governments all over the world have a responsibility to children, who are among the most vulnerable members of society.

When the United Nations Convention on the Right of the Child was adopted in 1989, Ghana was the first country to sign it.

Thirty years later, that Convention, like many of our laws, serves the same purpose as our Christmas trees – decoration.

Policies that are meant to improve the lives of citizens have been plagued by corruption, resulting in poverty and deprivation, which is emptying the rural communities and populating the cities where people desperately throng to look for jobs that do not exist.

Children born to these jobless youth often end up producing many generations of street and homeless children.

Children who are supposed to be in school are swarming the streets in the cities selling, cleaning windscreens and harassing motorists.

Some have been recruited and used as professional beggars while others are recruited into the sex trade. In the markets, girls have become beasts of burdens, carrying heavy loads that are detrimental to their health. 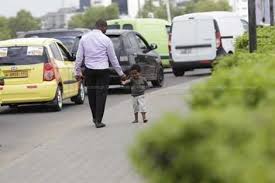 The only time these neglected ones receive serious attention is when it’s the time of elections and the politicians think the thousands of head porters (kayaye) can sway the outcome of an election. Because the state has not paid attention, these children do not have protection from unscrupulous people and when they are abused, they are often denied justice.

Article 19 (1) of the United Nation’s Convention on the Right of the Child states the following: “States Parties shall take all appropriate legislative, administrative, social and educational measures to protect the child from all forms of physical or mental violence, injury or abuse, neglect or negligent treatment, maltreatment or exploitation, including sexual abuse, while in the care of parent(s), legal guardian(s) or any other person who has the care of the child.”

We have the Ministry of Gender, Children and Social Protection, which is supposed to safeguard the interest and provide protection for children but not much is seen in this regard. Very basic policies that should help children defend their rights are neglected because the Department of Social Welfare and other such institutions are starved of funds. 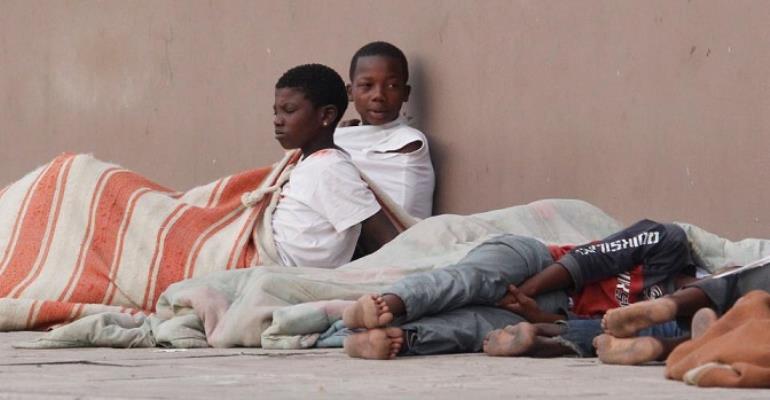 Not long ago, GHOne TV aired a harrowing story of a three-year-old girl who had been repeatedly defiled until she fell ill. When her mother found out and reported, the police allegedly asked her to go and find the suspect.

The most harrowing part of the story was when the mother narrated how she struggled to raise money to secure a hospital report. At the time of the report, the mother had been thrown out of the wooden kiosk where she worked as a chop bar attendant and lived with her kid.

Adelaide Arthur, a colleague journalist, and I produced a documentary on survivors of defilement while we were at JoyNews.

We found out that many culprits walk free because some parents of defiled children report to the hospital very late and sometimes the evidence is lost.

In some cases, they did not report at all. Some walk away and do not return to the hospital when they are asked to pay for the report.

The mother of the girl in the GHOne story, for instance, said the doctor demanded 500 cedis to be able to examine the girl and give her a report to take to the police station. She pleaded with the doctor and had it reduced by half.

She did not have money to treat the girl in the aftermath of the defilement and certainly would have to struggle to get the money to pay for the medical report to ensure justice for the abused child. After all that, she and her daughter were still denied justice.

This is just one area in which the neglect by the state makes nonsense the various national and international conventions Ghana has ratified to protect children. For now, the institutions that are championing the cause of children are non-governmental organisations (NGOs).

On the 1st of October, 2019, when over 800 participants from 377 NGOs and other interest groups in the child rights space in Ghana convened at the University of Ghana for the 2019 Ghana NGO Forum their theme was: “Preventing Child Neglect: Whose Responsibility?”

It emerged at the forum that “in 2017, 72.6 million Ghana cedis was allocated for child protection of which, shockingly, only 33.1% was disbursed.” The forum also disclosed that the Government of Ghana had “adopted, but not fully implemented, the Child and Family Welfare Policy (2014), the Justice for Children Policy (2015), the National Gender Policy (2015), the Five Year (2018-2022) Strategic Plan to prevent Adolescent Pregnancies, Ghana Family Planning Costing Implementation Plan (2016 – 2020) and the National Strategic Framework on Ending Child Marriage for (2017-2018) along with their costed operational plans. Equally, the “Automated System for the Registration of Births and Deaths” (SRBD) and the Care Reform Initiative need to be fully funded so that rollout can be completed.”

The organisers called on the government to increase and fully disburse the budget allocations for child protection in Ghana. Unfortunately, child protection and child rights have become the headache of NGOs, considering the danger we all stand to suffer if we continue to neglect the children.

In the same way, a properly nurtured child can contribute positively to society like the Amunas, a neglected child can become a burden to society and a threat to others.

The young men who break into moving vehicles with knives and other weapons to snatch bags and phones are children who did not get the right societal ingredients to be worthy citizens.

The armed robbers and drug dealers who pose a threat to each one of us are mainly products of neglect. If someone wants to destabilize this country, they will not go to East Legon to recruit rebels.

The nation is breeding hundreds of thousands of such idle hands in the streets and slums across the country.

It is clear that spending on child protection does not directly translate into votes but as we enter 2020, the government must spare a thought for the vulnerable children who have been left out of the formal system and have no hope for decent livelihoods.

A stitch in time might not only save nine, but it will surely save a deteriorating nation from the horrors of generations of abused and neglected children.

Have no fears, Ghana will not burn – Peace Council