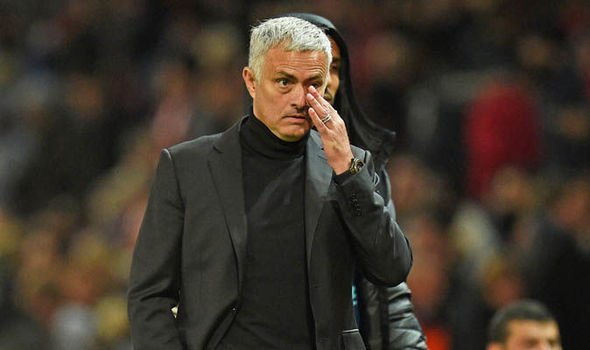 Jose Mourinho has urged Manchester United’s transfer chiefs to splash the cash if they want to be classed as a Champions League contender.

United were beaten 1-0 by Juventus at Old Trafford on Tuesday night thanks to Paulo Dybala’s first-half goal. Mourinho admitted afterwards there was a gap in quality between the teams and pointed to Juventus’ transfer policy as one of the reasons after the Italian champions added Cristiano Ronaldo and Leonardo Bonucci to a squad that was already dominating Serie A.

It comes after a summer during which Mourinho spent £68 million to sign three players but was unable to bring in another centre-back.

Mourinho conceded his team was “a bit” behind the level of Juventus and the elite.

“Juventus is champions for seven years, I think seven years in a row,” Mourinho told a news conference. “Two Champions League finals in the last four or five years and not happy with what they have.

“So a big, big club with a big past, but with also a big desire to have a big future and everything they put there to try to win, I don’t say the Champions League, I think to win the treble. That’s what they want because normally they win at home.”

On Bonucci and Chiellini, Mourinho said the tandem “could go to Harvard University and give classes on how to be a central defender.”

With Fred on the bench, Diogo Dalot injured and reserve goalkeeper Lee Grant in the stands, none of Mourinho’s summer signings were in the team against Juventus. One his key additions since arriving at Old Trafford, Romelu Lukaku, is also struggling for form after failing to score for an eighth game in a row.

It is the Belgian’s longest barren run since moving to United in a £75 million deal from Everton in 2017 and ahead of meeting with his former club at Old Trafford on Sunday, Mourinho admitted he is concerned.

“No critics at all, a complete understanding that the player is a fantastic professional that wants to give everything but I have to agree his moment is not sweet,” said the United boss.

“It is not just with the goals he is not scoring but in his confidence, movement, touch, he is not linking the game well with the team but he’s our striker and a good striker and a striker we believe in.

“Could I play [Marcus] Rashford there? Yes, but then I don’t have a winger because in this moment we are in a difficult situation. [Lukaku] is a hard working guy but one day the goal will arrive and the confidence will be back.”