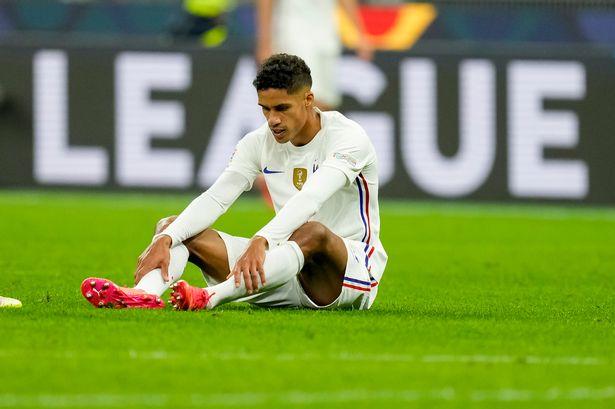 Manchester United have released an official update on defender Raphael Varane who was injured while on international duty with France.

“Raphael Varane sustained a groin muscle injury in the UEFA Nations League final and has commenced rehabilitation at the club.

The centre-back was withdrawn during the first half of France’s game with Spain, which Les Bleus won 2-1 at the San Siro.

It marked the latest trophy in his glittering career, with Reds team-mates Paul Pogba and Anthony Martial also part of the successful side.

There were fears at Old Trafford that the problem could keep Varane out of United’s meeting with Leicester City this weekend, but he looks set to miss further games after the club confirmed he will be out of action for a number of weeks.

The Reds begin a busy period with an away game at Leicester City on Saturday then a midweek Champions League tie with Atalanta at home before league fixtures against Liverpool and Tottenham to complete a tough month.

Varane now joins fellow United centre-back Harry Maguire on the treatment table. The club captain picked up a calf injury in a 1-0 loss at home to Aston Villa in September and is a doubt to face Leicester on Sunday.