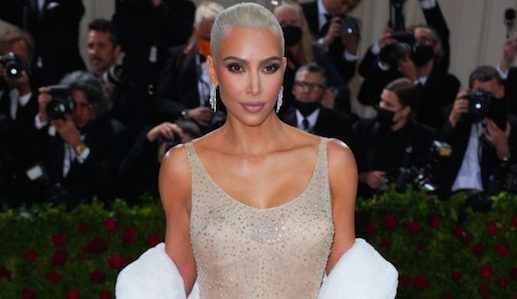 THE Jean Louis dress Marilyn Munroe wore in 1962 to sing “Happy Birthday” to John F. Kennedy appears to have been damaged after Kim Kardashian wore it to the 2022 Met Gala.

In the photo reportedly taken after, the dress shows tearing with several crystals either missing or hanging. The material also appears to be stretched.

When Kardashian first tried on the dress, it didn’t fit her. In an attempt to wear the iconic gown, the reality star revealed she lost 16 pounds in three weeks. 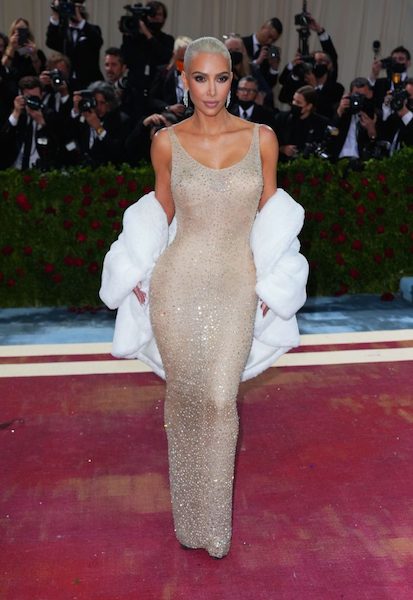 However, she only wore Monroe’s dress up the Met Gala stairs for a few minutes before changing into a replica.

“Great care was taken to preserve this piece of pop culture history,” Ripley’s Believe It or Not! said in a press release in May.

“With input from garment conservationists, appraisers, and archivists, the garment’s condition was a top priority.

“Believe It or Not! no alterations were to be made to the dress and Kim even changed into a replica after the red carpet!⁠”

Check out before and after photos of the dress below. 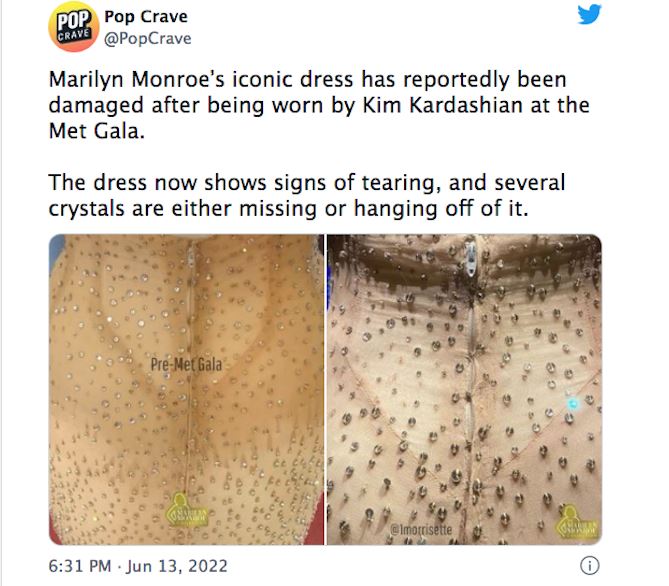 According to news.artnet.com following a fit of public outrage, much of it from textile conservators, over Kim Kardashian, wearing a Marilyn Monroe dress to the Met Gala, the International Council of Museums issued renewed guidelines on handling historic garments.

“Historic garments should not be worn by anybody, public or private figures,” the organization said in a statement following the uproar. “Prevention is better than cure. Wrong treatment will destroy an object forever.”

Also included are guidelines not to expose such garments to high levels of light, including flash photography. Whether these stringent rules will dissuade those able to access historic garments from wearing them is yet to be seen.