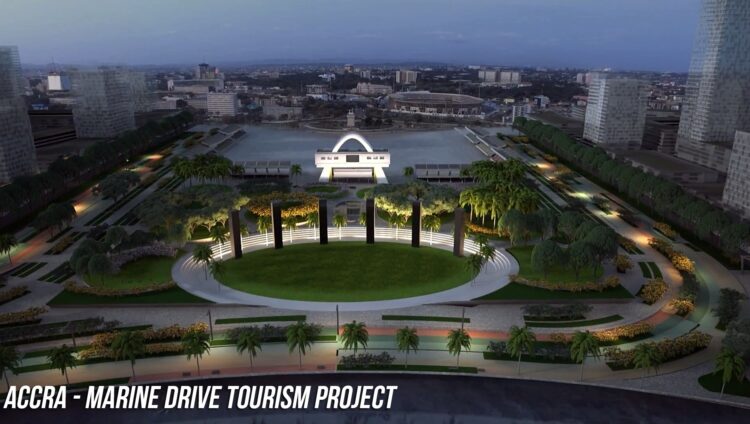 Work on the Marine Drive Project, an initiative to develop the 241-acre prime beachfront of Accra is “progressing slowly” as a result of a lack of funds.

This was recently revealed at the Public Accounts Committee meeting by the Chief Director of the Ministry of Tourism, John Yaw Agbeko. 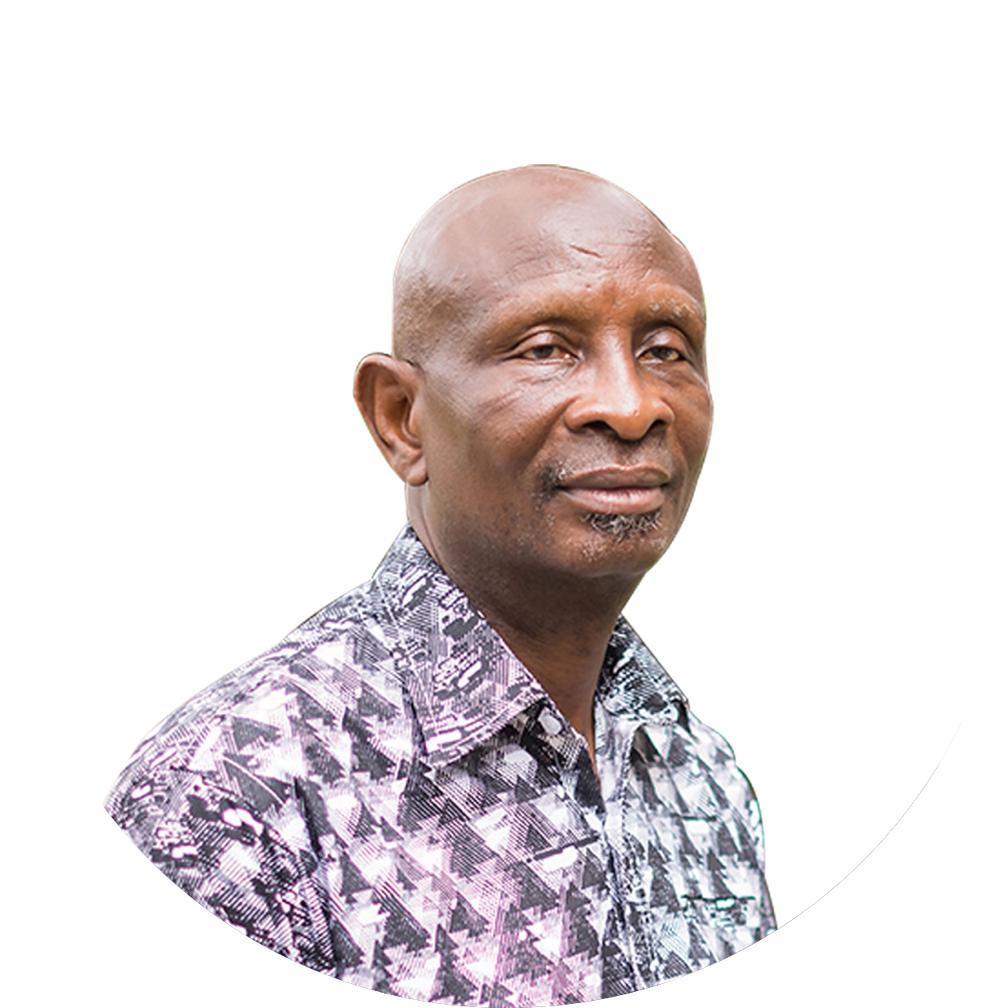 Chief Director of the Ministry of Tourism, John Yaw Agbeko.

While explaining that the project was no longer under the auspices of the Ministry of Tourism, Arts and Culture but under the Office of the President, he stated that it had run out of funds.

Meanwhile, an amount of GH¢386,296 misapplied funds taken from the coffers of the Marine Drive Project for the celebration of the 2018 All Africa Music Awards (AFRIMA) and the 2018 Kundum Festival has not been recovered.

An extra amount of GH¢2,000.00 has also been recovered “out of GH¢32,134.00 reported as payment of unearned salaries by Department of Community Development.”

This is stated in a special audit report on the recoveries made from disallowed expenditures in the Auditor-General’s reports from 2017 to 2020 and payroll savings as of September 2022.

In 2021, Catherine Abelema Afeku, a former Minister of Tourism, Arts and Culture, under the Akufo-Addo administration, and other government officials at the ministry were cited by the auditor general’s report for misapplying state resources.

“In contravention of Section 7 of the Public Financial Management Act, 2016 (Act 921), we noted that funds meant for the Marine Drive project amounting to GH¢387,196.00 were misapplied for the celebration of AFRIMA, Kundum Festival, and other activities,” the Auditor-General’s report for the period ending 31 December 2020, states.

On 7th March 2018, GH¢13,296.00 was paid as an accountable imprest for the Minister at the time, Catherine Afeku, to travel to the Western Region on official assignment.

Apart from these, there was the payment of an allowance for the opening panel for procurement of vehicle on 3rd May 2018 at the cost of GH¢ 900.00.

According to the former Minister of Tourism, Arts and Culture, the GH¢200,000 which was drawn from the Marine Drive fund for Kundum festival in 2018 was used to pay the artistes that performed at the festival.

“We had artistes and I have a list of all of them [who performed and were paid]. Everybody can go to YouTube, and they will see the performances,” she said on Citi FM on August 20, 2021.

“I didn’t go round dishing money into people’s hands. Ask anybody who does events. [We used the] GH¢200,000 to take care of the likes of Medikal, Stonebwoy, Wisa Greid, Kuami Eugene, KiDi, Kwesi Arthur, among others. I was promoting our local artistes, and it was not a crime,” she said.

The former minister added that the amount did not even suffice for the project, so she had to rely on individual donors to pay all the artistes.

The Axim Kundum Festival in 2018 featured other artistes such as D-Black, Agya Koo, Sefa and Kofi Kinaata.

She also indicated that the GH¢73,000.00 paid as additional expenditure for her trip to the Volta Region from 15th to 18th June 2018 catered for herself and some musicians she went with.

She, however, noted that the money drawn from the Marine Drive Project fund was subsequently refunded.

The Marine Drive Tourism Project is the single largest tourism investment project to be initiated by the government of Ghana since its Independence. 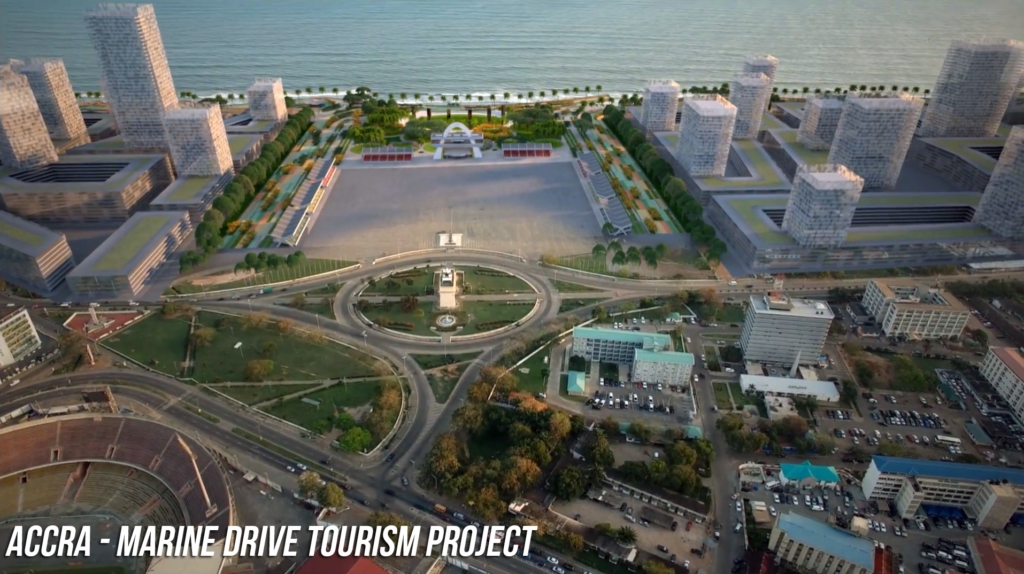 The 241-acre prime beachfront tourism enclave project is envisaged to position Ghana as the most sought-after tourist destination and the destination of choice within the West African sub-region, as well as provide job opportunities for many young people in Ghana within the hospitality industry.

The project is basically to plan and develop the entire parcel of land stretching from the Osu Klottey Lagoon (behind the Christianborg Castle) to the Accra Community Centre, covering an area of 241 acres and re-zone a stretch of land into a Tourism Enclave.

The core development objectives of the project are to decongest the city centre of non-conforming uses and re-instate a new land use structure befitting the capital city, intensify the use of land to be consistent with the high values of land, and also counteract the apparent scarcity of land in Accra, and create an environment to attract high levels of tourism-related investment in the city centre.

Others are to promote investment in tourism and tourism-related facilities, create jobs and income opportunities, particularly in the local communities, create revenue streams for chiefs and people of Osu and Ga Traditional Council and tackle waste and sewerage challenges along the coast.