Mark Wahlberg Talks Eating 11,000 Calories a Day for His Upcoming Film: ‘It Was Not Fun’

“It’s such a hard, physical thing to do,” the actor said of gaining weight for his new movie, Stu.

Mark Wahlberg had a challenging time preparing for his latest film role.

While appearing virtually on Thursday’s episode of The Tonight Show Starring Jimmy Fallon, the 50-year-old actor opened up about his experience gaining weight to play a boxer-turned-priest in the upcoming film, Stu.

After host Jimmy Fallon showed off two photographs of Wahlberg’s previous three-week transformation for the film, the Ted star said that the process was “fun for about an hour.” 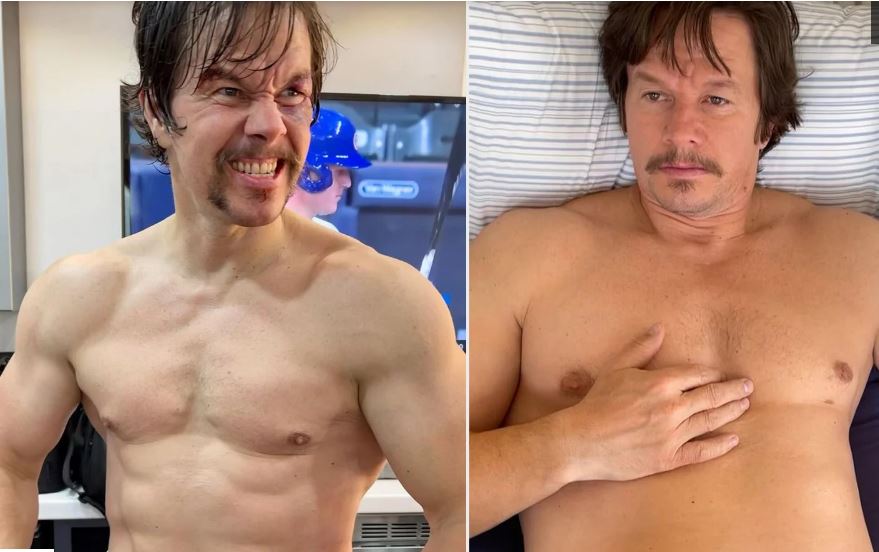 “And this, even when you’re full, I would wake up after a meal and have another meal. I was eating every three hours,” Wahlberg added. “It was not fun.”

Wahlberg first revealed his weight gain plans during an April 8 appearance on Jimmy Kimmel Live!, where he told host Jimmy Kimmel that he would be “eating lots of burgers and lots of buns” to gain the weight.

The Departed actor said at the time that he planned for his first big meal to be a “20-piece chicken nugget and 20-piece hot wings from Kentucky Fried Chicken with a six-pack of beer.”

“Why not start with a bang?” the actor said, joking, “I might need a porta-potty too, but you know what, I’m ready to go.”

Wahlberg went on to share during the interview that a “very smart” professional was working with him for the transformation.

“They want me to do it as healthy as possible and I’m like ‘Dude, I’ve been on such a regimen for so long, I just want to eat everything in sight,'” the actor said.

During his Tonight Show appearance this week, Walhberg also noted that gaining and losing weight for a role has become harder with age.

“Once the metabolism starts to slow down, it gets really difficult. I was trying to get this movie made for six years, we only had 30 days to shoot it, and so I wanted to really make it happen,” he said. “And [I] was also crazy to have financed a lot of it myself. So I knew I was on a ticking clock on my own dime, and you get things done pretty quickly when that’s the case.”