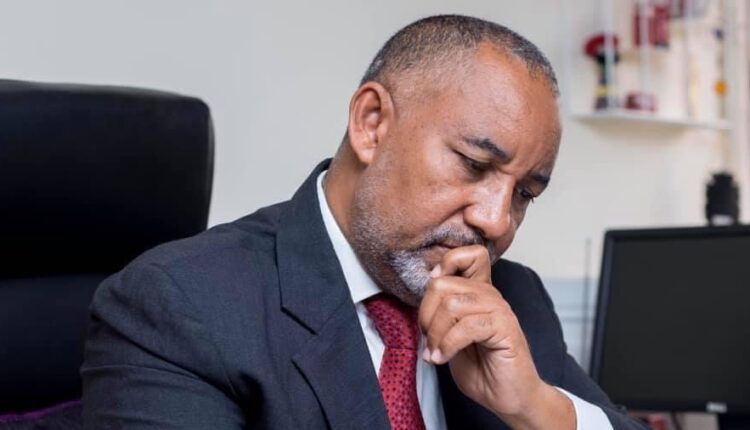 The two stood in as sureties when the former Microfinance and Small Loans Centre (MASLOC) boss was hauled before the court for allegedly causing financial loss to the state during her tenure as the Chief Executive Officer between 2013 and January 2017.

The accused, however, has been absent from trial since October 2021.

She has failed to show up for the trial for the past 16 months after being granted permission by the court to travel to the USA for medical treatment.

In November last year, the trial judge Justice Afia Serwah Asare-Botwe, who was not happy with the continuous absence, issued a bench warrant for the arrest of Mrs Attionu.

The application for forfeiture of recognisance was directed at the two sureties who executed Mrs Attionu’s GH¢5 million bail bond to show any justification why they should not be made to pay the bail sum due to the accused person’s absence from trial.

Per Section 104 of the Criminal Offences (Procedure) Act, 1960 (Act 30), if the two sureties are unable to pay the GH¢5 million bail sum, the court can order the sale of their properties to recover the amount.

But the duo still failed to produce the accused person after an extension, thus the court’s latest directive.

The trial judge also noted documents filed at the court registry that stated reasons for the accused absence.

The document suggests that Mrs Attionu would need a minimum of six to nine months for further examination of her medical conditions.

But the court, in its ruling, held that nothing in the medical report from the United States indicated that the accused was incapable of travelling or not fit to stand trial.

Meanwhile, on February 7, 2023, the court will determine whether or not to try the accused in absentia.

The state said MASLOC, under the accused’s leadership, gave a loan of GH¢500,000 to Obaatanpa Micro-Finance Limited, but the company had allegedly returned the money because of the high interest that the loan attracted.

According to the state, Obaatanpa Limited presented a cheque for ¢500,000 to Mrs Attionu, but she allegedly refused and demanded cash payment.

The state said the accused also allegedly inflated the price of certain items that MASLOC had purchased during her tenure and in some instances signed procurement contracts without approval by the Public Procurement Authority.

It said on December 6, 2016, the accused person signed a contract with Mac Autos to supply MASLOC with 350 vehicles without any approval from the Public Procurement Authority.

The vehicles, the state said, included Chevy Sparklite, Isuzu buses and Chevy Aveo, with the unit price offered by Mac Autos to MASLOC for the Chevy Aveo being GH¢74,495 ($18,883.39.)

However, investigations revealed that the actual retail price Mac Autos offered for the same model within the same year without duty was GH¢47,346.93 ($12,009.91).