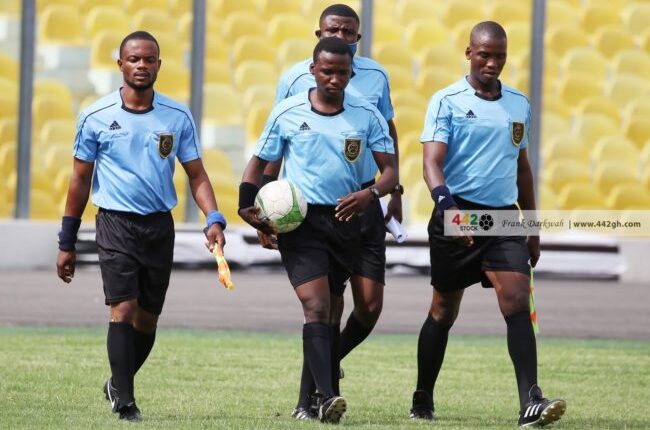 The Referees Committee of the Ghana Football Association (GFA) has released the list of officials to supervise the upcoming Matchweek 29 fixtures of the Ghana Premier League.

On Wednesday, Accra Hearts of Oak’s quest to maintain its position in the top four will continue by hosting Gold Stars at the Accra Sports Stadium, match will be  officiated by referee Abdul Latif Qadir.

In a must win situation for WAFA to increase their chances of surviving relegation will be their game against Accra Lions at Sogakope, that clash will have referee George Mawuli Vormawor at the center of affairs.