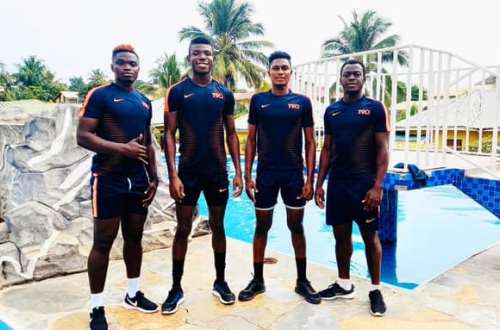 The management of Medeama SC has decided on reporting Legon Cities to the Ghana FA over an issue involving their goalkeeper Eric Ofori Antwi.

Two-time FA Cup champions are accusing Legon Cities of “tapping up” the said player who has been spotted training with the latter despite still being in a contract with Medeama.

According to a report filed by Light FM in Kumasi, Medeama is ready to officially lodge a complaint about the conduct of Cities and the player.

The 26-year-old goalie whose contract with the Yellow and Mauves runs till January 2022, could be charged with breach of contract per the FIFA regulations for beginning pre-season training with Cities as reported.

An earlier report suggested an agreement has been met between Medeama and Cities over the transfer of Ofori Antwi in the ongoing transfer window.

Medeama SC has since called on the public to debunked such publication, describing it as a hoax and insisted that the Black Stars B shot-stopper is still under contract with them.

However, Ofori Antwi who is the first choice goalkeeper of the Tarkwa based has been looking for a move away from the team after he was issued a four weeks suspension for insubordination

Antwi, a former WAFA goalkeeper, joined Medeama in 2017 after leaving Asante Kotoko following a three-season spell at the Kumasi based club.

US missionaries kidnapped in Haiti – reports