The Ghana Medical Association (GMA) has registered its displeasure concerning any attempt by the government to impose a ‘haircut’ on pension funds as part of a broader debt restructuring process to achieve economic resilience.

GMA says the decision by the government to peg pension funds will worsen the already dire situation of workers and pensioners.

In a press release on Tuesday, December 6, 2022, GMA noted that the government’s choice to fall on pension funds would not be acceptable to its members.

“We, therefore, demand as a matter of urgency that the government takes immediate steps to completely exempt pension and other related funds (including the GMA Fund, which have investments in GOG instruments) and that no “haircuts” should affect the principal and interests of such investments,” the doctors said.

“Failure of exempting workers’ pension funds from ‘haircuts’ or debt restructuring may result in actions that will disrupt the industrial harmony in the country,” the GMA statement added.

Labour unions are still negotiating with the government to increase the Base Pay of Public Sector Workers to 65% and have assured their members of rejecting the ‘haircut’ on pension funds.

Below is the statement by the GMA. 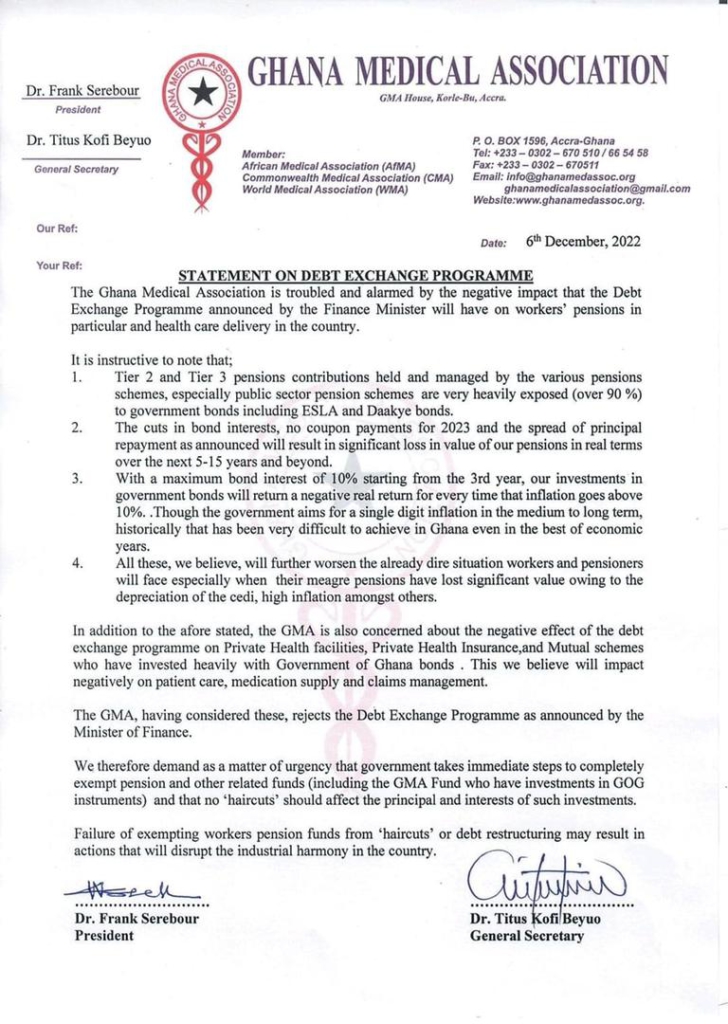