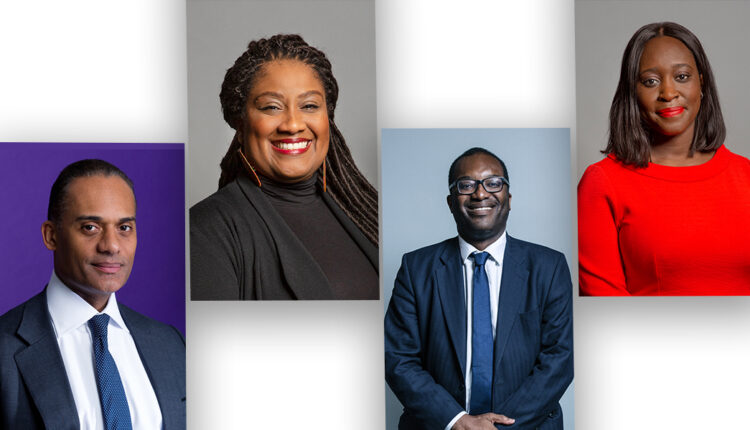 Ghana is one of the United Kingdom’s longest-standing and strongest partners in Africa.

Ghana and the UK continue to work together to achieve common goals on both domestic and global issues.

A key arm of our relationship is a vibrant and creative Ghanaian Diaspora community in the UK, with well over a quarter of a million British citizens of Ghanaian family heritage.

That notwithstanding, there is something interesting happening in the politics of the UK, as some Britons of Ghanaian descent are either serving or served in the UK House of Commons after winning their seats in the British Parliament.

Here are some of  them: 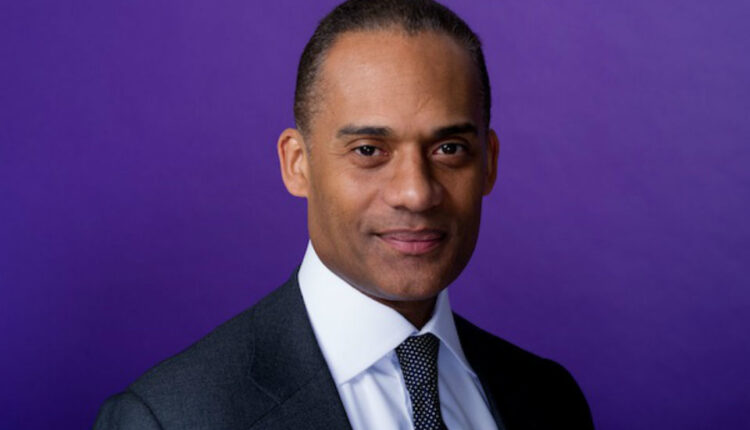 Adam Afriyie is a British politician and businessman who has served as the Member of Parliament (MP) for Windsor since 2005.

A member of the Conservative Party since 1990, Afriyie in 1999 worked for Jeffrey Archer on his unsuccessful campaign to be the first directly elected Mayor of London.

Afriyie was selected as a parliamentary candidate for the constituency of Windsor in October 2003. He was first elected at the 2005 general election, with an increased share of the vote (49.5%) and a swing to the Conservatives of 1.2%.

He is the Conservative Party’s first mixed-race MP.

In Parliament, he was a member of the Science and Technology Select Committee from 2005, until its abolition in July 2007, and has since been a member of the Children, Schools and Families select committee.

Since 2010, he has been the President of the Conservative Technology Forum. He was the chair of the Parliamentary Office of Science and Technology between 2010 and 2017.

In 2016 he was appointed to be a Trade Envoy to Ghana, standing down last year when the UK-Ghana Brexit bilateral trade deal was secured.

He is a steering committee member of the COVID Recovery Group, a group of Conservative MPs who opposed the UK government’s December 2020 lockdown.

Afriyie was born on 4 August 1965 in Wimbledon, London, to an English mother and a Ghanaian father. 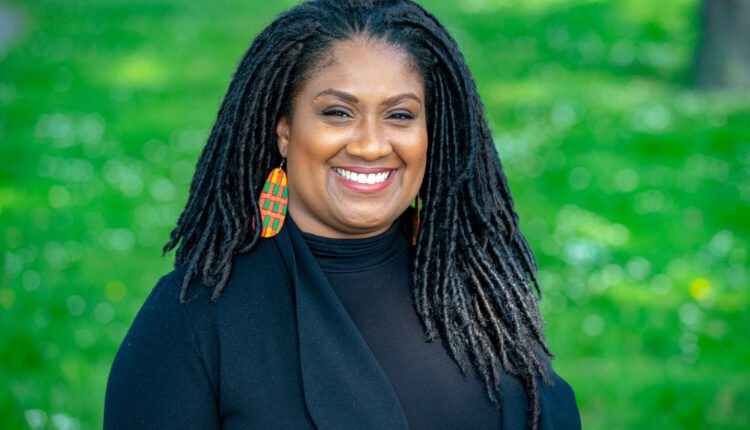 Bellavia Janet Ribeiro-Addy, born 1 March 1985, is the Labour MP for her home constituency of Streatham.

Born and raised in Brixton Hill, Bell is a dedicated feminist, anti-racist and trade unionist who currently sits on the Women & Equalities Committee in Parliament.

Before becoming an MP, Ribeiro-Addy was chief of staff to former Labour frontbencher Diane Abbott

Ribeiro-Addy was elected as the Labour MP for Streatham in the 2019 general election with a majority of 17,690, reduced by over 8,000.

In January 2020, Ribeiro-Addy was appointed as Shadow Minister for Immigration, just weeks after her election as a member of parliament. She was not retained in the role following the election of Sir Keir Starmer as Labour Leader.

She became the Co-chairperson of Labour’s left-wing Socialist Campaign Group. 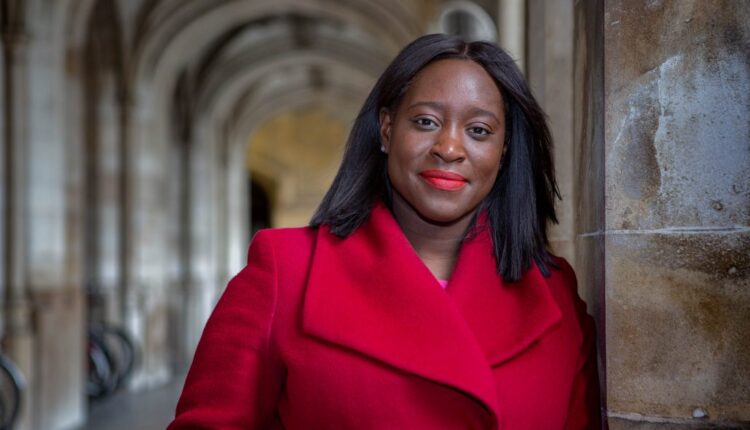 Born in 1983 and elected MP on December 13, 2019, Ms Oppong-Asare in speaking about her life before politics said, “I was once told that the chances of someone like me getting a job in Parliament were very slim, and to not even bother trying.

“The unfairness I felt about this drove me to challenge the barriers that I faced as a black woman and I was honoured and privileged to be elected as a Member of Parliament for Erith and Thamesmead.”

She is the first female British Ghanaian MP to be elected as an MP.

She was appointed to the official opposition frontbench in 2020, becoming the new Shadow Exchequer Secretary to the Treasury.

She is the chair of the Labour Party’s Women’s Network. From 2014 to 2018, she was a Labour Party Councillor for Erith ward on Bexley Council, serving as Deputy Leader of the opposition Labour Group from 2014 to 2016.

She has also previously served as a parliamentary assistant and constituency liaison officer and has advised the shadow minister for Preventing Violence Against Women and Girls, Seema Malhotra.

She ran to be the Labour prospective parliamentary candidate in Erith and Thamesmead when the incumbent MP Teresa Pearce announced she would stand down at the next election.

On 14 January 2020, she was announced as the Parliamentary Private Secretary to the new Shadow Secretary of State for Environment, Food, and Rural Affairs, Luke Pollard. 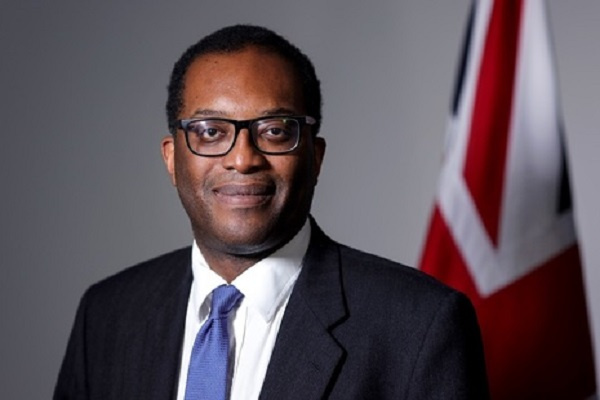 Kwasi Kwarteng was appointed the first black Finance Minister in Britain, otherwise known as UK Chancellor of the Exchequer, by Prime Minister Liz Truss on September 6, 2022.

Until this fresh appointment, Mr. Kwarteng was the Secretary of State at the Department of Business, Energy and Industrial Strategy, having served in his previous role as Minister of State of the same Department.

Born in Waltham Forest in 1975 to parents who migrated to the UK from Ghana as students in the 1960s, Kwarteng has been serving as a Member of Parliament for Spelthorne since 2010.

He first ventured into politics when he stood as the Conservative candidate in the constituency of Brent East at the 2005 general election. He was unsuccessful but in 2010, he won the parliamentary race for Spelthorne. He was re-elected as Conservative MP for Spelthorne on May 7, 2015.

This makes Kwarteng Britain’s shortest-serving Chancellor since 1970, and his successor would be the UK’s fourth finance minister in as many months as the nation grapples with a cost-of-living crisis.

Kwasi Kwarteng announced a new fiscal policy on September 23, delivering Truss’ vision for vast tax cuts and deregulation to try to shock the economy out of years of stagnant growth.

This is said to have caused panic in the financial market as the Bank of England intervened to prevent pension funds from being caught up in the chaos, as borrowing and mortgage costs surged. Samuel Phillip Gyimah is a British politician who served as the Member of Parliament (MP) for East Surrey from 2010 to 2019.

Gyimah was added to the Conservative party A-list and selected as the prospective parliamentary candidate for East Surrey in 2010.

He took the seat with a 17,000-vote majority and had only been in Westminster for two years when he was made parliamentary private secretary to the then-prime minister, David Cameron.

But he pushed for a bigger role in the government, becoming a whip in 2013 and childcare minister in 2014.

Further promotions to prisons minister and his most recent role as universities minister followed.

He subsequently joined the Liberal Democrats and stood unsuccessfully for them in Kensington at the 2019 general election.

Gyimah was born on 10 August 1976 in Beaconsfield, Buckinghamshire. His father Samuel was a GP, and his mother Comfort Mainoo was a midwife. 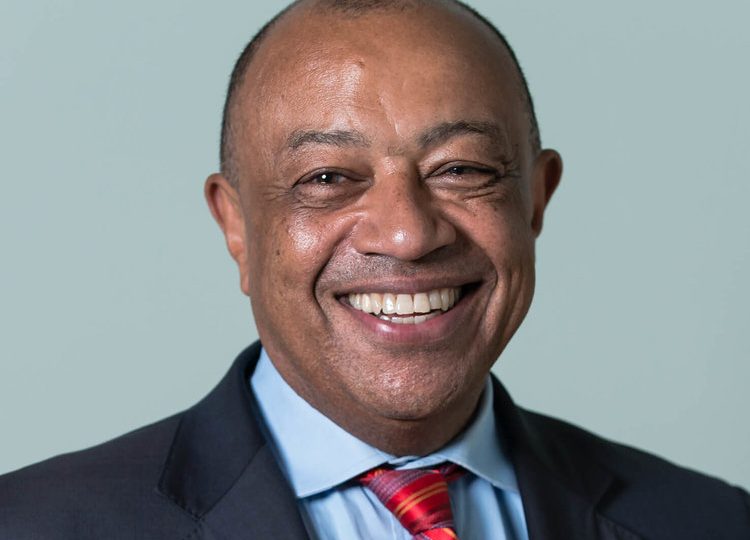 Paul Boateng is a civil liberties lawyer, politician and diplomat.

In 1981 Boateng won election to the Greater London Council. Having been unsuccessful as a Labour Party candidate for the House of Commons in 1983, Boateng was elected to that body in 1987, becoming one of the first persons of African descent to win a seat in the House of Commons.

After the Labour Party won the 1997 general election, he served successively as a junior government minister for health and home affairs and as financial secretary to the Treasury.

In May 2002 he became the first black British cabinet secretary when he was appointed chief secretary to the Treasury.

He retired from the cabinet and from the House of Commons in 2005.

Following his departure from the House of Commons, he served as the British High Commissioner to South Africa from March 2005 to May 2009.

He serves on the Boards and as Chair of a variety of Private Sector and Charitable Bodies in the  Banking Development and Cultural sector in the U.K. and Africa.

He is Chancellor of the University of  Greenwich and is Chair of  the Church of Englands Archbishops Commission on Racial Justice.

Boateng was born in Hackney, London, of mixed Ghanaian and Scottish heritage.

His father, Kwaku Boateng, was a lawyer and Cabinet Minister during Kwame Nkrumah’s regime.