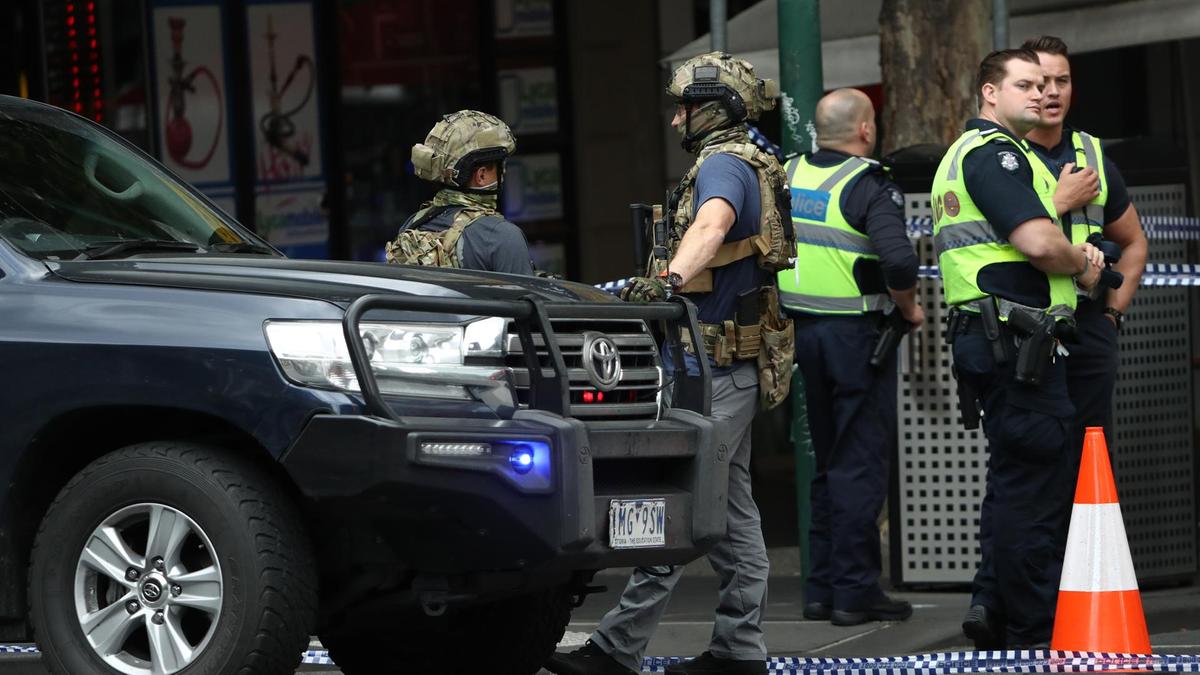 A man has been arrested after a “small number of people” suffered stab wounds in an incident in central Melbourne, Australia.

Victoria Police said the arrested man had been taken into custody in a critical condition. They had initially been called to reports of a car fire.

Paramedics said they had treated three people at the scene – one is suspected to be in a critical condition.

Police said they were “not looking for anyone further at this early stage”.

“The exact circumstances are yet to be determined at this stage,” they said in a statement.

They were initially called to reports of a car fire in Bourke St, a busy thoroughfare.

Footage circulating on social media shows a vehicle, which appears to have crashed into shop fronts, on fire.

Two police officers can be seen attempting to subdue a man who appears to be running at them with a knife.

The police and State Premier Daniel Andrews asked people to avoid the area, which has been cordoned off.