Chelsea’s new Senegal keeper Edouard Mendy is the third with the surname in the English Premier League alongside Manchester City’s Benjamin and Nampalys Mendy.

In fact, looking into it, it’s possible to get an entire XI of Mendys playing top fight football in Europe – all with African heritage.

Liverpool fans once had a chant of “We all dream of a team of Carraghers” in praise of the club’s former defender turned TV pundit Jamie Carragher. But with Mendy, we have not just a team but a coach, a team ambassador referee – and even an agent to recruit more Mendys. 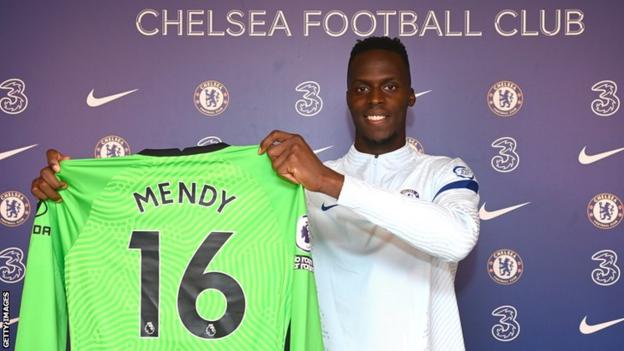 Chelsea’s new goalkeeper Edouard Mendy has not had an easy path to the top – he was not only relegated twice while with French side Cherbourg, he also spent several months on unemployment benefits.

He joined Marseille as a fourth choice, and it was only in 2017, at second-tier Reims, that he secured a starting position.

After helping Reims secure promotion – and an impressive debut season in Ligue 1 – he moved to Rennes, where he caught the attention of Chelsea.

He was born in France to a Senegalese mother and a father from Guinea-Bissau – for whom he actually made his international debut in a friendly – before switching allegiances to Senegal. 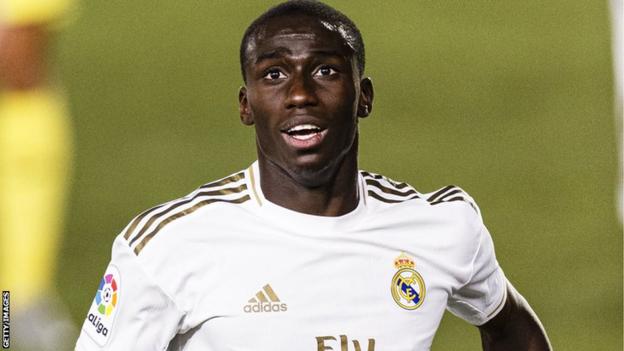 Ferland Mendy’s progression to Real Madrid is pretty remarkable, given that at the age of 15 a hip operation left him in a wheelchair and fearing for his ability to play again,

He recovered enough to play with Le Havre’s academy before signing a five-year deal with French Ligue 1 side Lyon in 2017.

Two years later he was on the move to Spanish giants Real Madrid, where he won the title last season.

So far he has won six caps for France after turning down an offer from Senegal coach Aliou Cisse to play for the Teranga Lions. 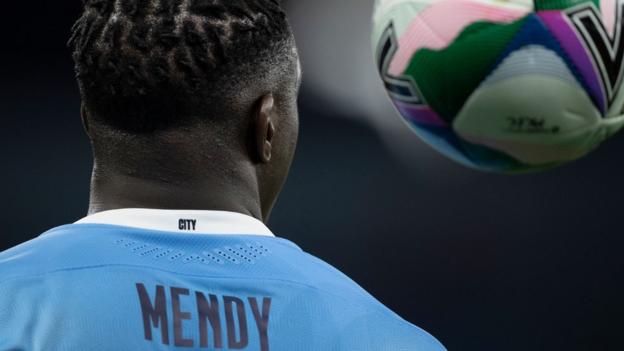 He may have the same surname, have family from Senegal and have attended Le Havre’s academy at the same time, but Benjamin Mendy is no relation to Ferland Mendy.

Despite his bad luck with injuries, Benjamin Mendy has won a French Ligue 1 title with Monaco, two English Premier Leagues with Manchester City and the World Cup with France. 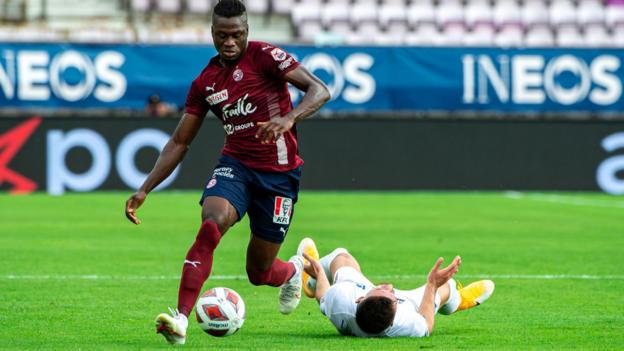 Unlike several of the others in this team, Arial Mendy was born in Africa, in the Senegalese city of Ziguinchor.

He was spotted by French club Lens while playing for Senegalese side Diambars, where he had spent time at the club’s academy set up by former France and Arsenal captain Patrick Vieira.

He spent a spell on loan at another French side, Orleans, earlier this year before his move to Servette in Switzerland.

While he was at Diambars he played for Senegal in qualifiers for the African Nations Championship (Chan), a tournament for locally-based players only.

The Paris-born defender has already experienced football in four different countries after a youth career that saw him at clubs in France and Belgium.

He turned professional in Spain with CD Badajoz before moving to Norway, where he now plays his football for Stromsgodset.

He is, however, yet to play internationally at any level. 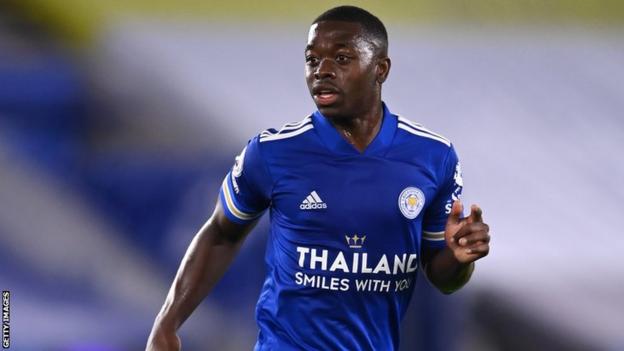 Another France international in the team, Namplys Mendy came through the youth system at Monaco to play in their first team and help them win Ligue 2 in 2013.

After a move to Nice he joined Leicester City, who at the time were English Champions, in 2016.

Having drawn comparisons with former France midfielder Claude Makelele – due to his small stature, passing ability and tough tackling – he was seen as a replacement for compatriot N’Golo Kante, who had left Leicester for Chelsea.

He is yet to win a senior cap for France, having played for them at several youth levels, meaning he is still eligible to play for Senegal if he chooses to. 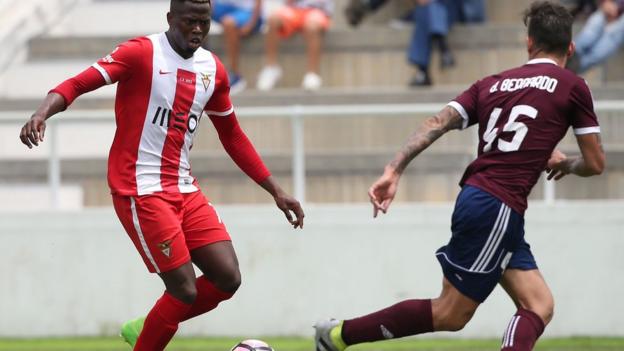 Theo Mendy started his professional career in Portugal having made it from Senegal to play in Cape Verde for Sporting Praia.

More recently he has been playing in Turkey, where he last played for second-tier Keciorengucu.

He is one of the few players on our team without international experience at any level. 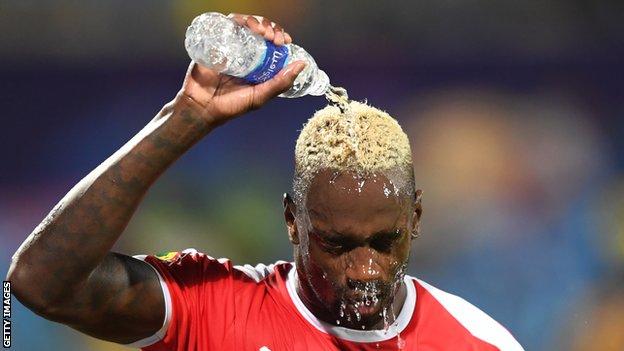 Frederic Mendy was born in France, but plays his international football for Guinea-Bissau, thanks to family links there.

His football journey has been an interesting one. Having started at Evreux in the lower echelons of French football, he then found himself playing in Singapore.

From there he moved to Portugal for the first time with stints at several clubs before returning to Asia and playing in South Korea and Thailand.

He returned to Portugal and the top-flight with Vitoria Setubal, where he has played the last two seasons. Setubal were recently relegated to the third-tier for failing to produce valid licensing documentation.

Frederic Mendy has scored four times in his 14 caps for Guinea-Bissau and was part of their squads at the 2017 and 2019 Africa Cup of Nations finals. 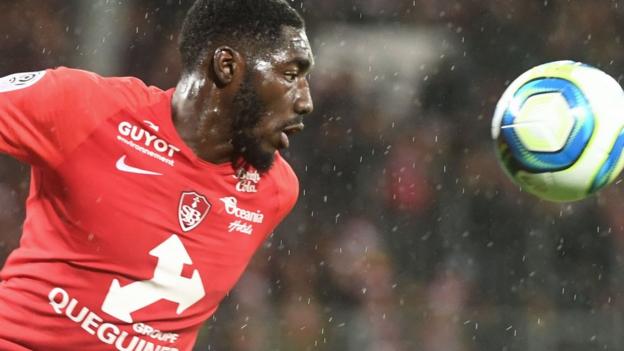 Alexandre Mendy is another of our team who was born in France, where he has played his entire career so far.

He came through the academy at Nice, who sent him on loan to Strasbourg and then to Ligue 2 Nimes where he made his full professional debut. Ligue 1 Guingamp signed him in 2016 before he got a transfer to Bordeaux a season later.

Unlike his cousin Nampalys, who has French youth caps, the 26-year-old is yet to be capped at any international level. 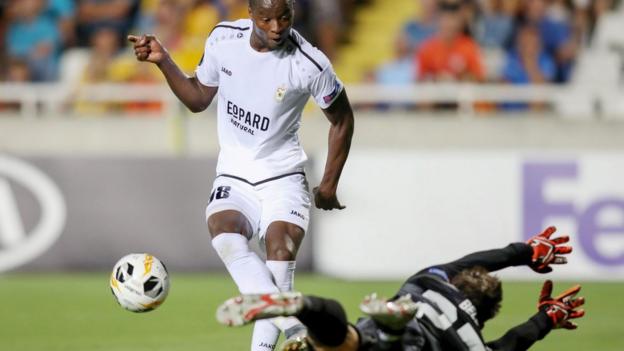 The youngster is on the books of Belgian side Royal Antwerp and played on loan for Luxembourg’s F91 Dudelange in the Europa League last season.

He is yet to play for Senegal at senior level but has represented the under-20 team, and is only 21 so has time on his side. 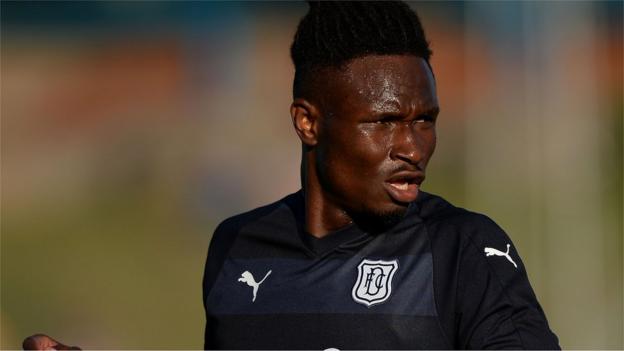 Born in Dakar, Jean Alassane Mendy has spent much of his career in Norway, starting in 2011 with Lov-Ham and including two stints at Kristiansund.

He also played for Dundee in Scotland and Belgian side Lokeren before joining HamKam, who recently released him.

Making a case for inclusion 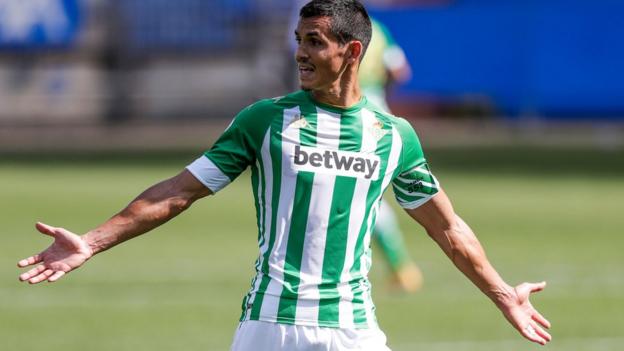 Despite the slightly different spelling of the names, the pronunciation in Arabic and French is almost identical.

Mandi was born in France and began his career with Reims before moving to Spanish side Real Betis in 2016, and has been a regular ever since.

At international level he has 55 caps for Algeria and played in five of their games as they won the Africa Cup of Nations in Egypt last year. 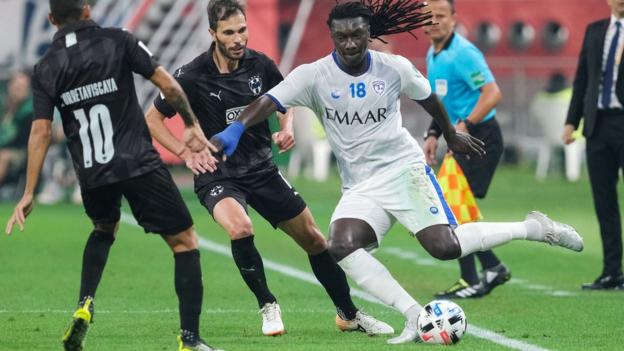 The former France, Marseille and Swansea striker does not have Mendy as a surname – but his cousins Nampalys and Alexandre are both in our team. 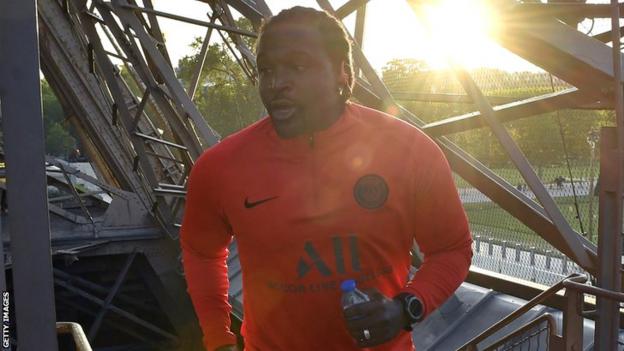 Bernard Mendy is currently assistant coach of Paris Saint-Germain Women, who are the current French champions.

He was born in France after his parents had left Senegal and began his career with Caen before seven seasons with PSG, which included a loan spell at English club Bolton.

After PSG the attacking right back returned to England for two seasons with Hull City, before stints in Denmark, Cyprus and India.

A lack of consistency meant the speedster earned just three caps for France during his playing career. 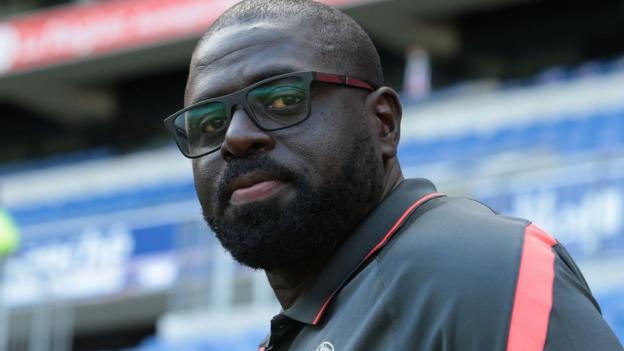 Frederic Mendy played more than 300 games in Ligue 1 and 2 in France during spells at Martigues, Bastia and Montpellier.

He retired in 2007 and continued working at Montpellier as part of the club’s coaching staff – and then in 2019 he took charge of the their women’s team.

Arguably the best Senegalese defender of all time, and one of the pioneers for African players moving to Europe.

His career started with nine seasons at Senegalese giants Jeanne d’Arc club school in the capital Dakar, during which time he earned the first of his 87 international caps, at the age of 17.

In 1985 his feats earned him a move to Toulon in France where he spent three seasons before a move to Monaco, with whom he reached the now defunct European Cup Winners’s Cup final in 1992.

He created a piece of history in 1992 when he became the first Senegalese player to play in Italy’s Serie A when he signed for Pescara.

After his retirement he became a football agent and has represented the likes of William Gallas, Florent Malouda, Blaise Matuidi and Didier Drogba.

Secessionist trial: ‘Why not kill us?’ Suspects cry as state amends charges