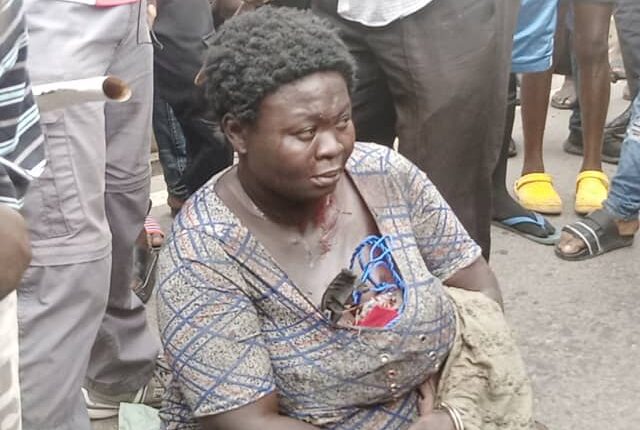 A woman believed to be mentally challenged has allegedly stoned an unidentified young man to death at the Kwame Nkrumah Interchange area in Accra on Monday, 1 August 2022.

The incident is said to have taken place at about 3 pm.

According to eyewitnesses, the victim was a pillion rider on a passing motorbike who tried to stop the woman from terrorizing other road users.

She was said to have been pelting stones at passing vehicles since the early hours of Monday and even broke the windshields of four of them.

An eyewitness who spoke to Joy News said that the woman pulled the victim down from the motorbike and smashed his head with a huge stone.

“The man died before passersby arrived at the scene”, the eyewitness added.

Police officers, who later rushed to the scene, handcuffed the woman and took her away to prevent an angry mob from lynching her on the spot.

She was later sent to the Nima Police Station as the police commenced investigations into the incident.