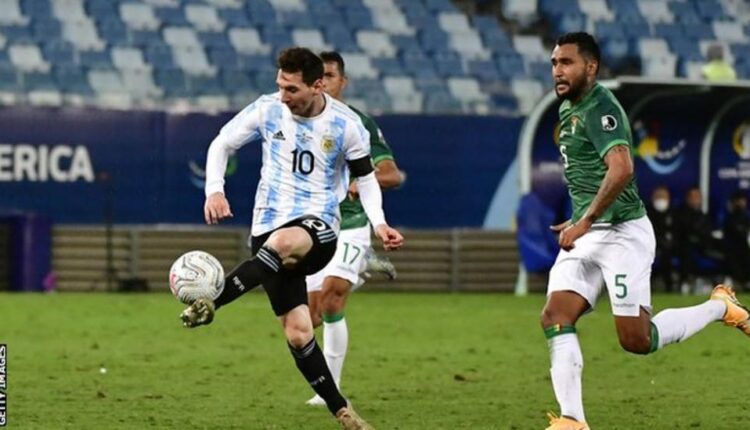 Lionel Messi scored twice as he became Argentina’s most capped player in their 4-1 win Copa America win over Bolivia.

The Barcelona forward, 34, made his 148th international appearance, to take Javier Mascherano’s record.

Messi set up Papu Gomez’s sixth-minute opener, before scoring a penalty and adding a second just before half-time to extend his record goals tally to 75.

Inter Milan’s Lautaro Martinez also scored in Argentina’s win and the team are now unbeaten in their last 17 games.

They take on Ecuador in the quarter-finals on Sunday, while Uruguay play Colombia on Saturday.