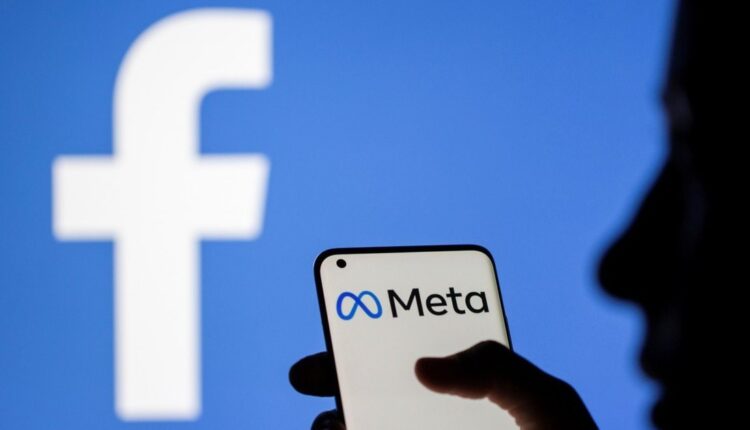 Facebook parent Meta Platforms Inc. dropped on Friday, with shares set to enter a bear market after months of volatility triggered by a whistle-blower’s revelations and disappointing quarterly results.

The selloff is more than 20% since its closing record on Sept. 7, erasing about $230 billion in market value. Meta’s stock has been pressured this week as investors grappled with uncertainty surrounding the omicron variant and the possibility that the Federal Reserve will end its pandemic support program sooner than expected. It fell as much as 3.5% to $299.50 on Friday.

Meta shares have been hurt in recent months by negative comments about Facebook’s business model from whistle-blower Frances Haugen, according to David Trainer, who covers Meta for investment research firm New Constructs. Haugen appeared before the House subcommittee on technology earlier this week, after accusing the social media giant of putting “profit over safety” of its users in October.

Mounting concerns about the impact of Apple Inc.’s data collection rules and supply-chain challenges have also contributed to the decline and spurred Meta’s biggest drop in nearly a year in October.

Meta shares are down over 8% for the week ending Friday, with the stock on track to suffer its worst weekly decline since June 2020.

A weaker-than-expected quarterly report released in October also hurt investor sentiment. The company’s third-quarter revenues fell short of consensus estimates, as did its expectations for the fourth quarter. Several analysts trimmed their price targets for the stock in the wake of results, though they remained broadly positive on the firm, citing its long-term growth potential and valuation.

Prior to the pandemic-driven market rout last year, the company last entered a technical bear market in June 2019, when the U.S. Federal Trade Commission began an investigation into potential antitrust violations.

Still, the stock rallied through the pandemic and had been on a tear this year, rising 42% from Jan. 4 to its Sept. 7 peak, outperforming peers like Twitter Inc. and Netflix Inc. But its recent plunge has the shares trading around 20.1 times forward earnings, making Meta the cheapest stock among mega-cap U.S. technology companies.

“It’s worth sticking your toe in the water,” he said in a phone interview.

The lower valuation doesn’t make the stock more attractive to Trainer of New Constructs, who views Meta as the worst positioned company among its mega-cap peers. He expects the stock to be a “perennial underperformer” for the next several years given the headwinds at the legacy Facebook business. Trainer said he is interested to monitor the company’s shift in focus toward the metaverse, especially the pace of the transition as competition in the field increases.

Yet, Meta has so far held on to its fans on Wall Street, with more than 80% of analysts recommending that investors snap up shares, according to data compiled by Bloomberg. The stock’s 12-month average analyst price target of $400 implies about 30% return potential from current levels.