The police have begun forensic examination of the evidence gathered at the crime scene in the killing of the Mfansteman MP Ekow Kwansah Hayford.

The police prosecutor, Chief Inspector Emmanuel Halligah told the court that the “bullets, shells and gun” used by the perpetrators have been sent to the forensic laboratory.

The prosecutor asked for more time to conclude its investigation as the prosecution is waiting on results from the lab.

This was after the Accra Circuit Court denied a bail application for the release of eight accused persons arrested in connection with the murder of the Mfansteman Member of Parliament (MP), Ekow Kwansah Hayford.

The eight accused persons, who have pleaded not guilty to charges of conspiracy to robbery and robbery, have been remanded.

The prosecutor strongly opposed the bail application by lawyers of the accused persons.

It was the case of the prosecution that it was premature to grant the accused persons bail at this point since investigations are still ongoing.

Chief Inspector Halligah held that “considering the fact that some of the prime suspects in the case are still on the run and the nature of the case, they should be remanded.”

He also said the accused persons have not proven to the court that they have permanent places of abode as is being suggested by the lawyers.

Making a case for bail, lawyers for the accused persons had argued that they were responsible individuals of the society with permanent places of abode.

They added that the accused persons have dependents who rely on them for financial assistance.

They also mentioned that since it’s the yuletide season, it would be good to grant them bail to spend the Christmas with their family.

In the case of Amadu Yakubu, Haruna Osumanu, Adam Alhassan, their lawyer, George Asomani said the accused persons were not even mentioned till the latter part of the facts presented in court.

According to Mr Asomani, there is nothing that shows that his clients were at the crime scene.

He intends to prove his assertion with a ‘notice of alibi’ to confirm the whereabouts of the accused persons at the time of the alleged robbery.

The Mfantseman legislator, Ekow Kwansah Hayford, was shot and killed on October 9, 2020, after his car was attacked by a gang suspected to be armed robbers.

READ: I had plans for murdered MP – Akufo-Addo

According to the prosecution, the body was later identified as the Member of Parliament for Mfansteman constituency, Ekow Kwansah Hayford.

ALSO READ: Please tell the good Lord to give me strength – Wife

The body of the deceased Member of Parliament Ekow Kwansah Hayford was also deposited at the Saltpond Mortuary pending autopsy. 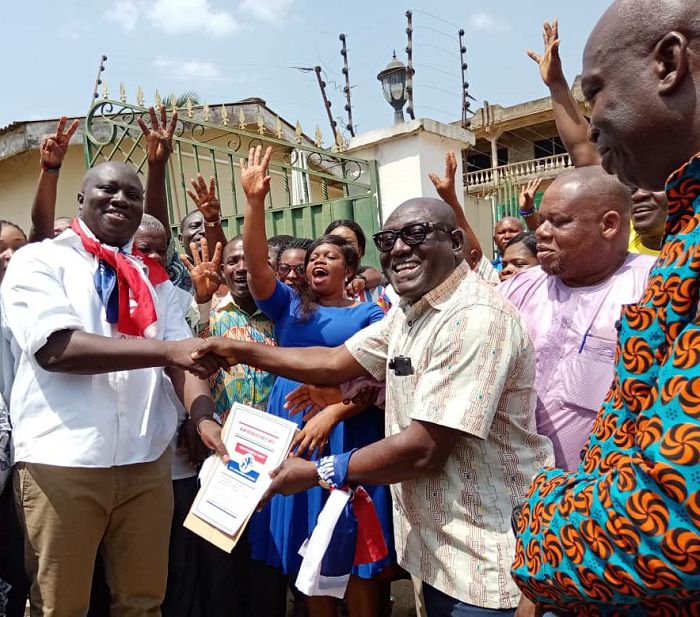