A high-powered government delegation and business captains from Miami-Dade County have touched down in Ghana to explore investment opportunities.

The team of 30 is the biggest group of top officials sanctioned by the Miami government to seek collaborations as Ghana continues to attract diasporan interests after a huge campaign to connect African-Americans to the continent.

While in Ghana, the team seeks to engage in transactions expected to boost the economies of the two jurisdictions cutting across government and the private sector.

As Miami-Dade County regards Ghana as a viable gateway for its penetration into Africa, it also presents technological advancement, expertise and prospects as a giant in maritime, ports and harbours, aviation and tourism.

The delegation participated in a roundtable discussion on Tuesday, 14 June 2022, where they met government officials from different agencies, including the Ghana Tourism Authority (GTA), the Ghana Investment Promotion Centre (GIPC), and other stakeholders.

The group expressed their interest in various sectors, including partnerships with the Ghana government as well as creating a strong network and beneficial relationships.

The business delegation mission from the US had outlined Nigeria, Kenya and Morocco as other destinations in Africa to establish ties for commerce. 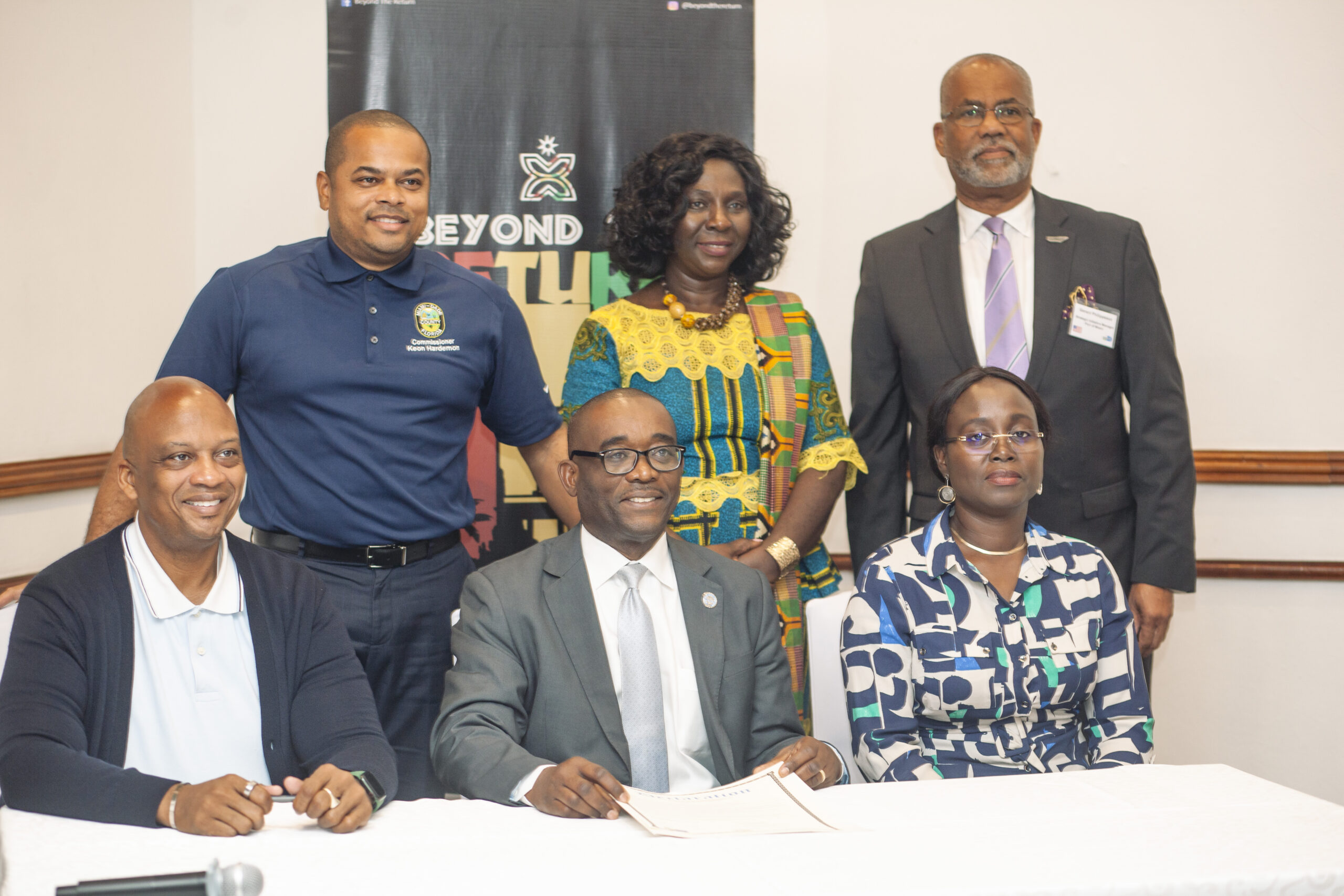 The visit and events were organised by the President of Women in Tourism and the Vice President of the ECOWAS Tourism Private Sector Confederation, Ambassador Nancy Q. Sam, in partnership with the Ghana Tourism Authority (GTA).

With similar initiatives resulting in the ‘Year of Return’ and ‘Beyond the Return’, which got many diasporans trooping to Ghana to connect with their roots, she noted diasporans stood a chance of gaining many benefits.

President Nana Akufo-Addo conferred Ghanaian citizenship on more than 120 diasporans in 2021, and she advised others to take a similar path that grants African-Americans dual citizenship.

For her, “It was time diasporans connected with Ghana to reestablish themselves with Africa and identify a country to associate, not only Ghana but everywhere they feel the connection”.

“Miami has the biggest African diaspora population in the US, and we are tapping into it,” She revealed.

Ambassador Sam, who is also the CEO of Staple Travel and Tours, appealed to the government to fully support their efforts as she added that some of the business people who were part of the delegation were keen on some agricultural products such as pineapple and mangoes.

In a sideline interview with journalists, Miami-Dade County Commissioner for District 2, Jean Monestine explained that their objective was “to develop business opportunities, business exchanges, cultural exchanges and ensuring that we foster a stronger relationship with the Ghanaian people and the government of Ghana”.

He further explained that they would also invite a delegation from Ghana to visit Miami-Dade County to strengthen ties for mutual benefits in business, cultural and educational areas.

With the Ghanaian government seeking to establish a new airliner following the collapse of the Ghana Airways, Miami-Dade County Commissioner for District 1, Oliver G. Gilbert III, was open to assisting to achieve the dream.

“Collaborations like that would not only make the Ghana economy stronger and not just open Ghana up to more people but it will actually help to build your tourism sector and much more,” he explained.

Mr Gilbert III, who doubles as the Vice Chairman of the Miami-Dade County Board of County Commissioners, was quick to outline the boundless opportunities of the engagements with Ghana.

“It is not just the fact that we connect you (Ghana) to the South and Central America or the Caribbean but building relationships and taking the talent and skill of entrepreneurial people of Ghana to not just give them access to Miami-Dade County but the country and the continent”. 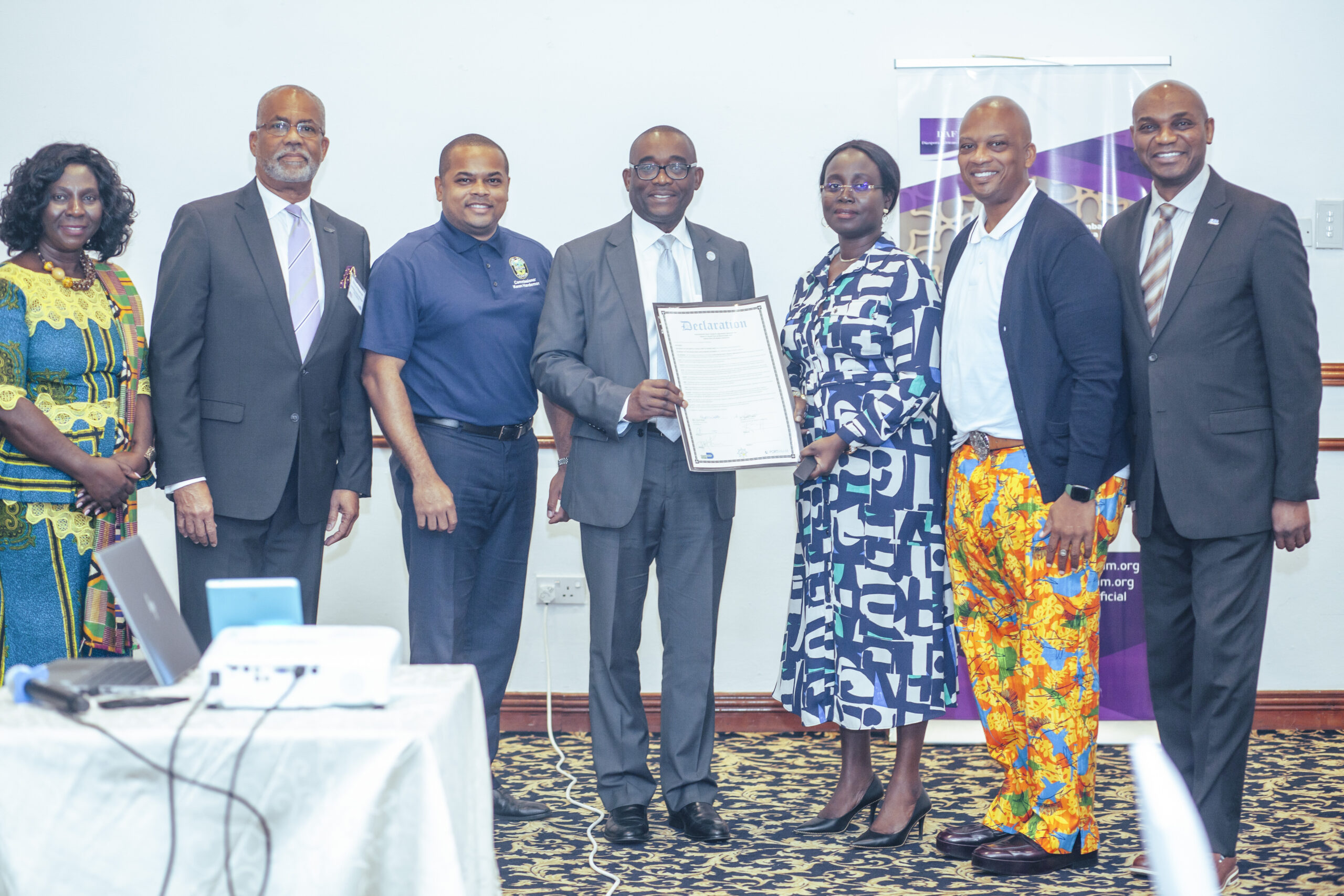 He continued: “We have one of the best cargo ports in the entire world. It’s a straight line from Ghana to Miami-Dade County, and so we can take your goods and get them there quickly, and we can help you to disperse them throughout the entire region a lot faster. So in an industry where time is money, we can help save you time and build relationships that reward both economies”.

“How many people like me would love to have that sought of product in America? The simple taste of something so rich and brings you to a place called Ghana, I think is an experience that people want to have,” he stressed.

He set the tone for both countries to explore ways that they could to “make chocolate more accessible and closer to the everyday person in a place like Miami-Dade County”.

She encouraged them to repeat their visits to Africa and stay connected to their origin as African Americans.