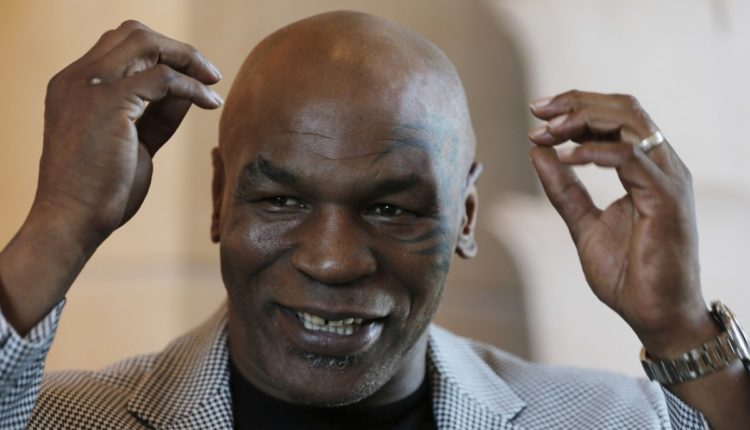 Former professional American boxer Mike Tyson has angrily berated fellow countryman Floyd Mayweather over claims of him being the greatest ever in the game of the ring.

Before Floyd Mayweather announced his retirement from fighting, the 42-year-old never lost a fight against any opponent.

His superb record in the game of boxing after wins in over 50 fights made Floyd Mayweather to beat his chest and call himself the best.

Mayweather was emphatic that he is better than the likes of Mike Tyson and Muhammad Ali who are also known to be great boxers during their time of fighting.

And Mike Tyson who holds the record as the youngest boxer to win a heavyweight title at 20 years has now blasted Floyd Mayweather over his claims.

The 53-year-old explained that Floyd Mayweather is not a great boxer claiming that he can’t take his kids to school by himself.

“He’s very delusional. Listen, if he was anywhere near that realm of great as Muhammad Ali, he’d be able to take his kids to school by himself.

“OK, he can’t take his kids to school by himself, and he’s talking about he’s great? Greatness is not guarding yourself from the people. ‘It’s being accepted by the people.

“He can’t take his kids alone to school by himself. He’s a little scared man. He’s a very small, scared man,” Tyson explained according to the report on Sportbible.

Earlier report showed how Floyd Mayweather was again exhibiting his hard-earned wealth from the sport that brought fame and fortune, boxing.

The retired undefeated champions was filmed coming out of his private jet with his name boldly written on it and the TMT logo of The Money Team, his lifestyle brand.