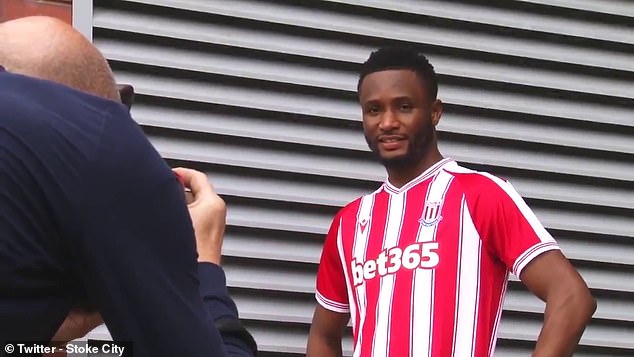 Former Nigeria captain John Obi Mikel has returned to English football with Stoke City ahead of the 2020/21 SkyBet Championship season.

Mikel, 33, flirted with the idea of returning to African football after seeing his contract terminated at Trabzonspor due to complaints of the coronavirus pandemic.

However, he’s opted for a move back to the United Kingdom, where he spent over a decade of his career with Chelsea before a short stint with Middlesborough in 2019.

🗣️ "If I can bring that experience and winning mentality here, then I will be happy."

“We’re delighted to bring John to the Club. His playing career speaks for itself and underlines his calibre as a player,” coach Michael O’Neil told the club’s website.

“I was really impressed with him when we met for the first time and he outlined what he wants from the next phase of his career.”

“We spent four hours talking and he made it clear he wants to get back into the Premier League and finish his career there and hopefully he can do that with Stoke City.”

Mikel won nine major titles during his spell with the Blues including the Premier League twice and the 2011/12 UEFA Champions League.